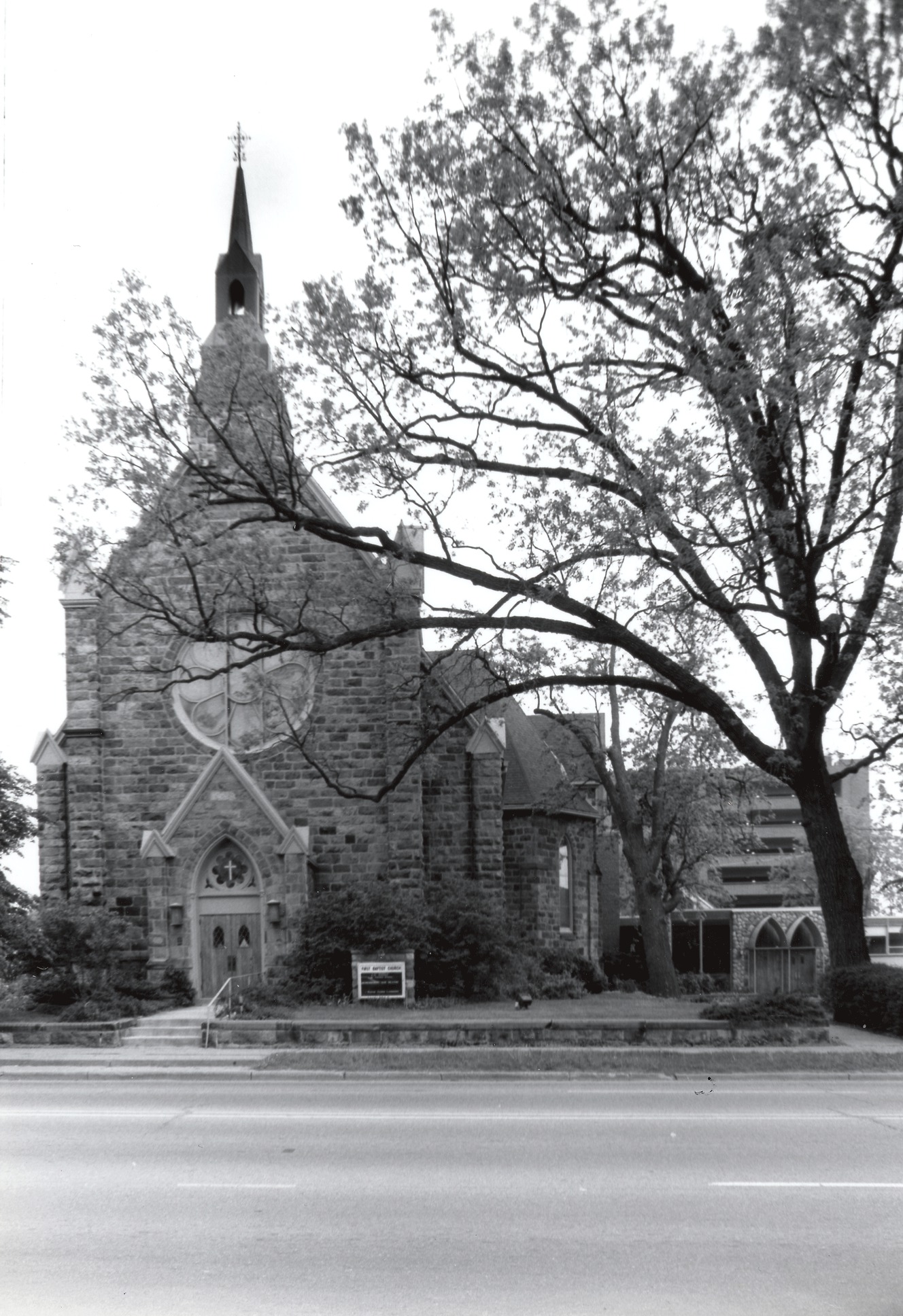 So important was the construction of this church building, the third in the history of the First Baptist Church since its organization in 1828, that members monitored its construction and personally selected and arranged the square-cut fieldstones into pleasing designs. Parishioner John Nowland provided the black walnut for the interior from his farm and Edward Olney, a nationally-known Professor of Mathematics at the University of Michigan, mortgaged his own home to raise funds to build the church.

Historically Baptists have been champions of individualism and this freedom has often been translated architecturally into non-standard church forms. In this church, however, the reigning Gothic style, with its hammer beams reminiscent of medieval English churches, was adapted to Baptist sensibilities and rituals. Accustomed to a semicircular arrangement around a preacher with parishioners close to the pulpit, the Baptists manipulated the cruciform plan to suit their purposes.

The result is a blending of the shape of the cross with a spread-out seating arrangement that produces in the onlooker a pleasant sensation as one enters the church. Prominent balconies sweep down to meet the front altar on each side and the hammer beams further accentuate the sensation. Although the altar and front entrance were remodelled and the steeple replaced some years ago, the church remains remarkably the same as it was over 100 years ago. "Shaded by magnificent oak trees, its sharply rising roof line and slender central spire and its capping front ornament of 'Cross and Crown' the church is still the pride of the congregation." These words, written by Lela Duff in 1961, still hold true today.

The First Baptist church was organized in 1828 in a farmhouse three miles west of Ann Arbor. Four years later services were held in town above Anson Brown's store on Broadway and construction of a church building began on Wall Street in 1835. In 1849 the congregation erected a brick church on Catherine Street between Division and Fifth Avenue in order to be closer to the university students. In 1880 they commenced building the present church and the old brick church was demolished shortly after the new one was completed.