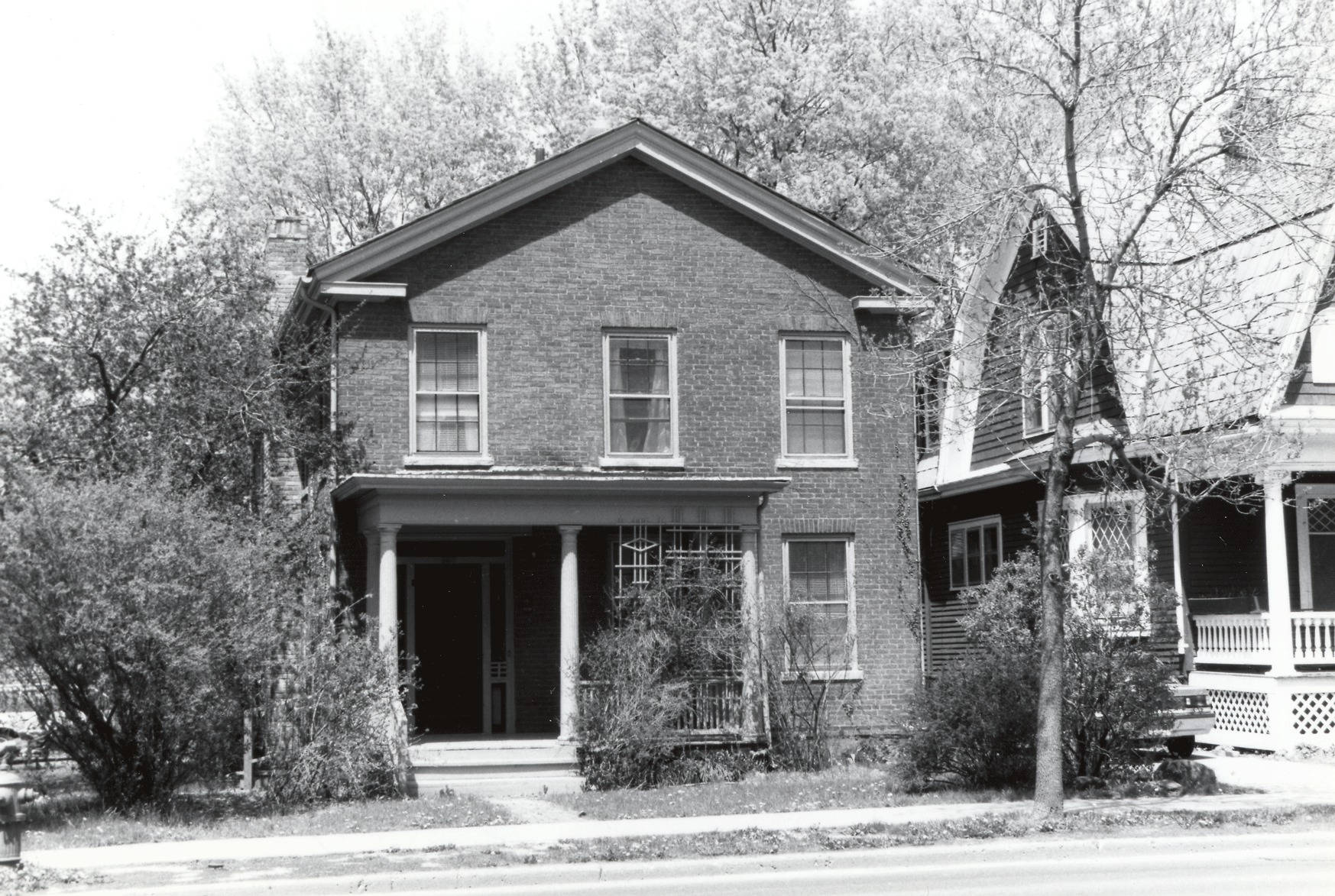 This simple brick house, with a pediment suggested only by its roof-pitch and cornice returns, is typical of the late Greek Revival houses built in Ann Arbor just before the Civil War. The building was constructed by local mason Harvey Bannister, who built it as a rooming house for University of Michigan students.

Until 1852 students lived in the University dormitories. That year they were notified by newly appointed President Henry Philip Tappan that they would have to find lodging and board within the community since their former living quarters were needed for classroom space. Howard H. Peckham noted in his history of the University of Michigan, Tappan "no doubt was aware that his friend President Wayland of Brown [University"> blamed dormitories for most of the evils of college life: temptations to vice from evil student leaders, the costs of building that should go into libraries and laboratories, danger of epidemics from contagious diseases, and imposition on the college of responsibilities it could not carry out effectively." Tappan also wanted to end the institutional isolation of students and make them community citizens. His new policy set off a building frenzy in many areas near the university, particularly in the area just north of the campus.

Bannister's is one of many boarding houses that sprang up in this area, historically the city's Fourth Ward. It continued to be a boarding house throughout the 19th and into the 20th centuries. In the mid-1920s, it was purchased by Catherine Meier who, with her daughter Joy Meier, occupied it as a family residence for over 50 years. In the 1970s it became an owner-occupied duplex, and in the late 1980s it again became rental apartments. Its classical proportions and details have been carefully maintained through all these years and it still retains its original six-over-six windows.