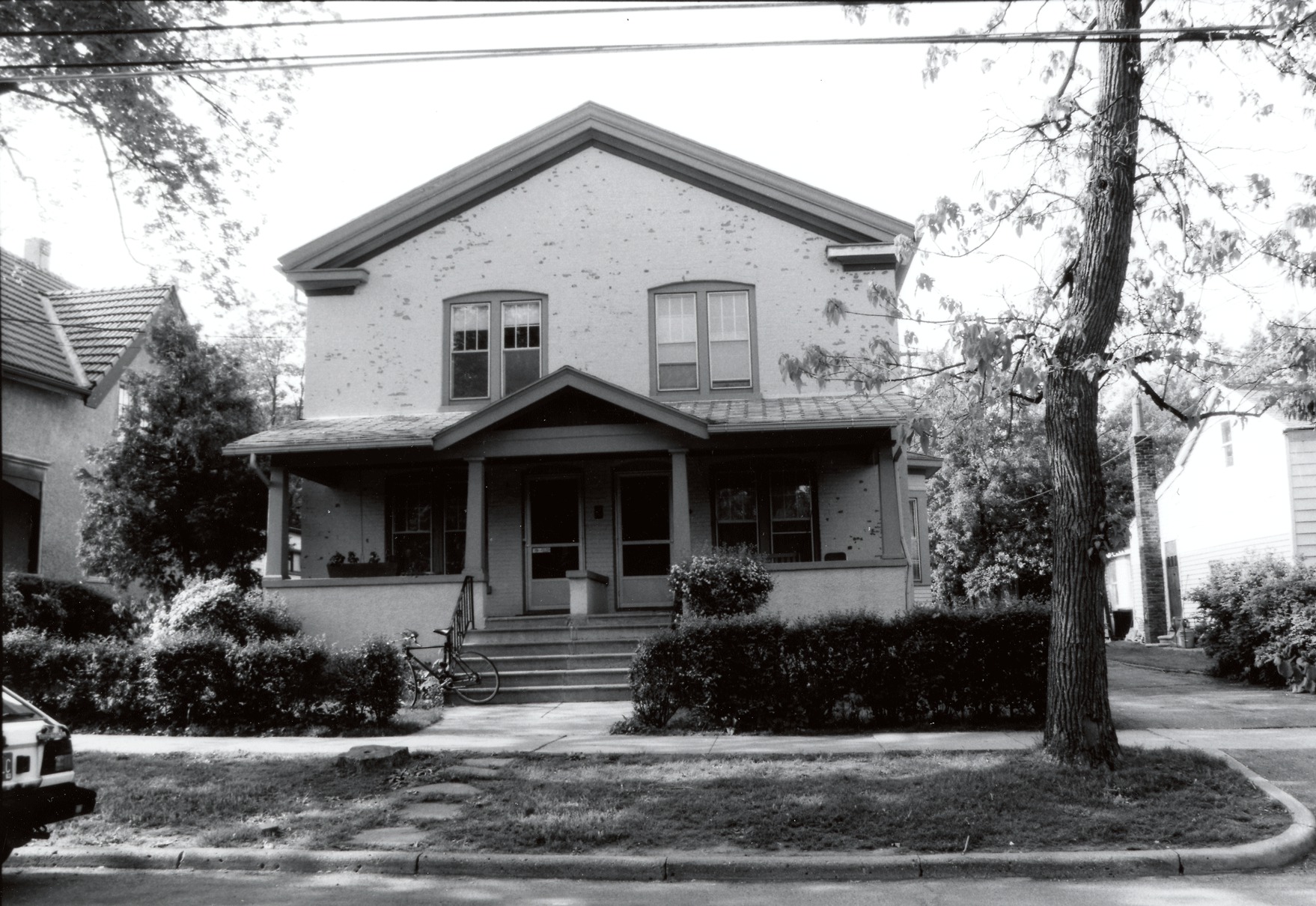 Numerous private academies flourished in Ann Arbor from the 1830s, but it was not until the 1840s that any effort was made by the citizens to tax themselves and construct public schools. This building, the first public school for the North District in the Upper Village, was erected in 1846 in the austere Greek Revival style which matched so well the prevailing sensibilities about the role of education in securing the morality of youth. This building also has the distinction of being the site of the formation of the Washtenaw County Agricultural Society in 1848. A second public school for the South District was located in the "Old Academy" at Fourth Avenue and William Street (now the site of a parking garage).

It was not until after Ann Arbor officially became a city in 1851, that the public school system began in earnest. The 1881 History of Washtenaw County laments that "it is a matter of regret that during these years, up to the reunion of the two districts in 1853, the materials for a school history of Ann Arbor are so meager that not even the names of the teachers have been preserved."

By 1869 the rapid growth of the school population required the building of a larger school which was constructed on Division Street on the site of what is now Community High School. When the new school opened, St. Thomas Parish bought the old building and opened their first parochial school. In 1886 the parish, having built a new larger building on Elizabeth Street, sold the old school to John Pfisterer.

Pfisterer apparently used the old school as a residence. Some years later, around World War I, it was converted into its present duplex arrangement. The most notable tenants during the 20th century were the Pastorino family who lived both here and next door for over 35 years. Rosa Pastorino was the daughter of Rocco Desderide, first owner of the building now housing Zingerman's. Desderide lived here with his daughter until the age of 104, making model ships in the little potting shed that still stands in the backyard.