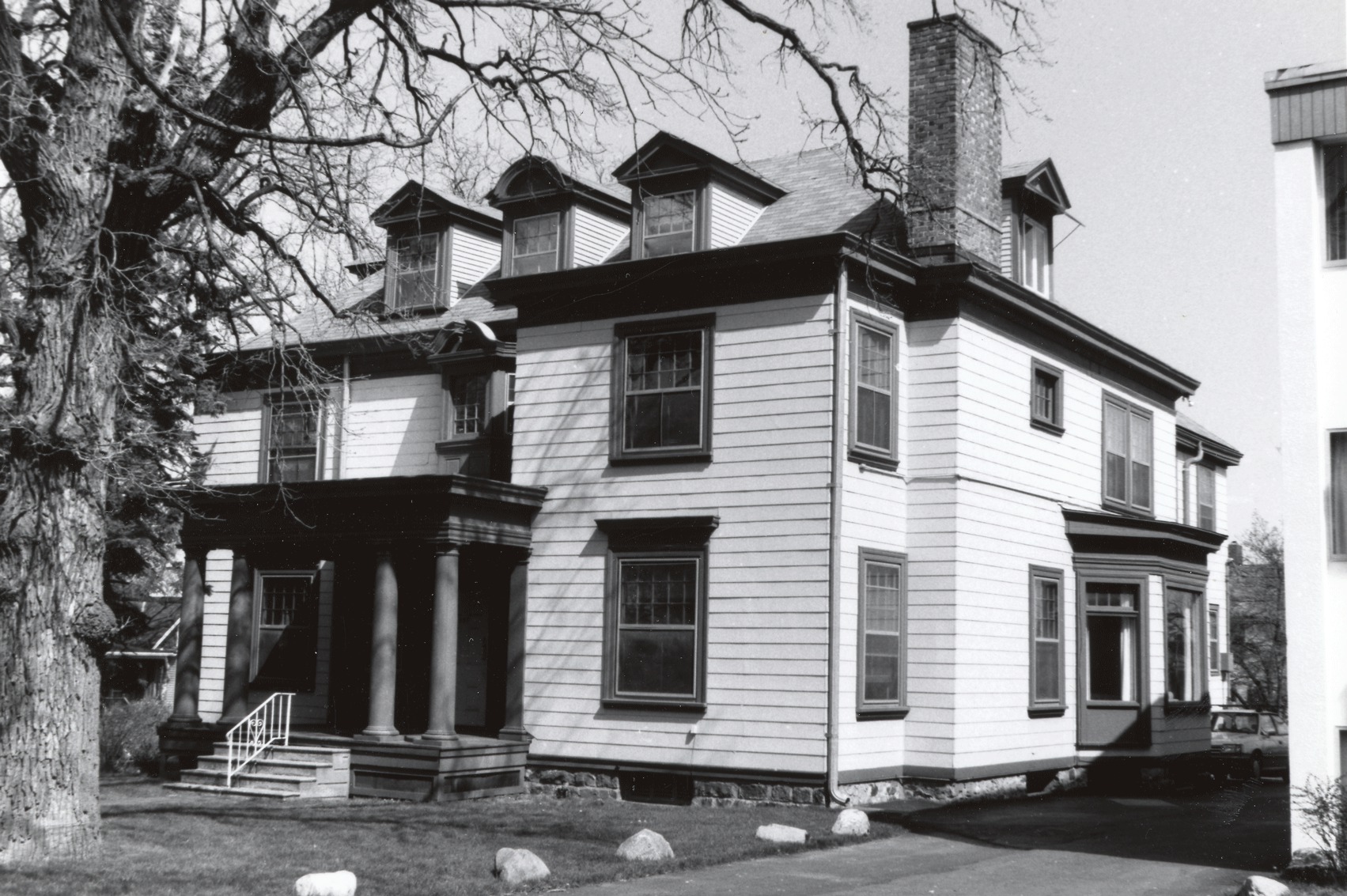 This large Colonial Revival house with its symmetrical facade and Georgian detailing, still reveals a few traces of the Queen Anne style in its asymmetrical floor plan and varied windows. The house was reputedly designed by the well-known Detroit architect Albert Kahn, who was responsible for many University of Michigan buildings including the Clements Library, the Natural Resources Building and Hill Auditorium. Kahn designed only a few residential structures in Ann Arbor, including the Delta Upsilon Fraternity house, and the Edward Campbell House.

The house was built for attorney John Lawrence, who became a United States District Attorney and Circuit Court Commissioner. He was the son of Edwin Lawrence, a respected judge for whom Lawrence Street was named. The Lawrence family were active in developing Ann Arbor and platted the area south of Packard Street and east of Division, naming the streets Edwin, Sybil, Benjamin, and Mary after family members.

John's father's house, which he tore down to build a more stylish and modern one, was a large 1840s structure. It was one of a number singled out by the Michigan Argus in 1849 as showing the good taste of its citizens. Edwin's home had also been a center of social activity in the mid-19th century and was where Ralph Waldo Emerson gave his "manners and morals" address in 1860.

After John died in 1921, his wife Marie lived in the house until her death a few years later. The house was then sold to Professor William Butts. In the 1940s it was home to the Edward Conlin family, also members of the legal profession and parishioners of nearby St. Thomas Church. It has thus sheltered many of Ann Arbor's most notable judges and lawyers. Like most of the large houses in this neighborhood, however, it was converted to apartments after World War II.