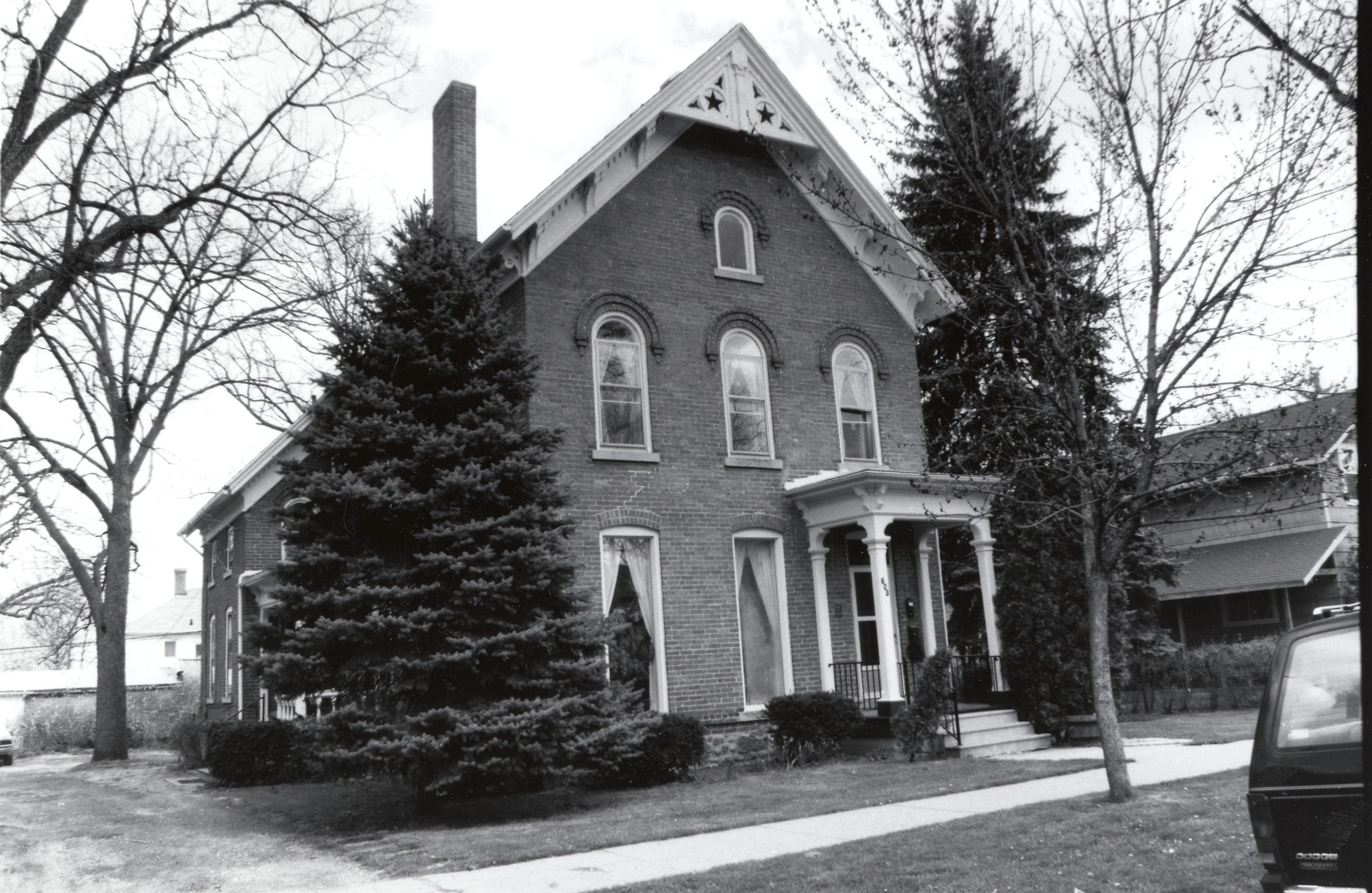 In 1879, when Miss Margaret Kearney purchased this lot, it may still have contained the older house that appears on maps from 1853-1870. Since the bird's eye view for 1880 indicates no building here, it is likely that she built this fine brick Italianate soon afterward. Although its window sash have been replaced, the Italianate features, including the porch with its chamfered columns, the star cutouts in the front gable, and the long narrow windows with their arched tops remain intact.

The Kearney family began a long association with this part of town in late 1877 when Ambrose Kearney, a local grocer, purchased the property around the corner at 411 North State Street. Two years later, Ambrose's sister Margaret purchased the Lawrence Street property, which abuts the State Street property on the rear, from William Parker who had bought it at a sheriff's sale. The first tenant listed in the 1883 City Directory was Reverend Russell Pope, pastor of the Methodist Church. By 1886 Margaret Kearney lived here along with her brother Ambrose who moved back to his State Street property the following year. In the 1890s their father, Thomas D. Kearney, a farmer from Northfield Township, moved in with Margaret.

The Kearney family remained associated with the house for many years. Although the house stood vacant for part of the 1920s and 1930s, Ambrose N. Kearney, an insurance salesman with Tuomy and Tuomy, was living here as late as the 1960s. His family moved in to Ann Arbor from Webster Township in the mid-20th century. The house was converted to a duplex about 1952.