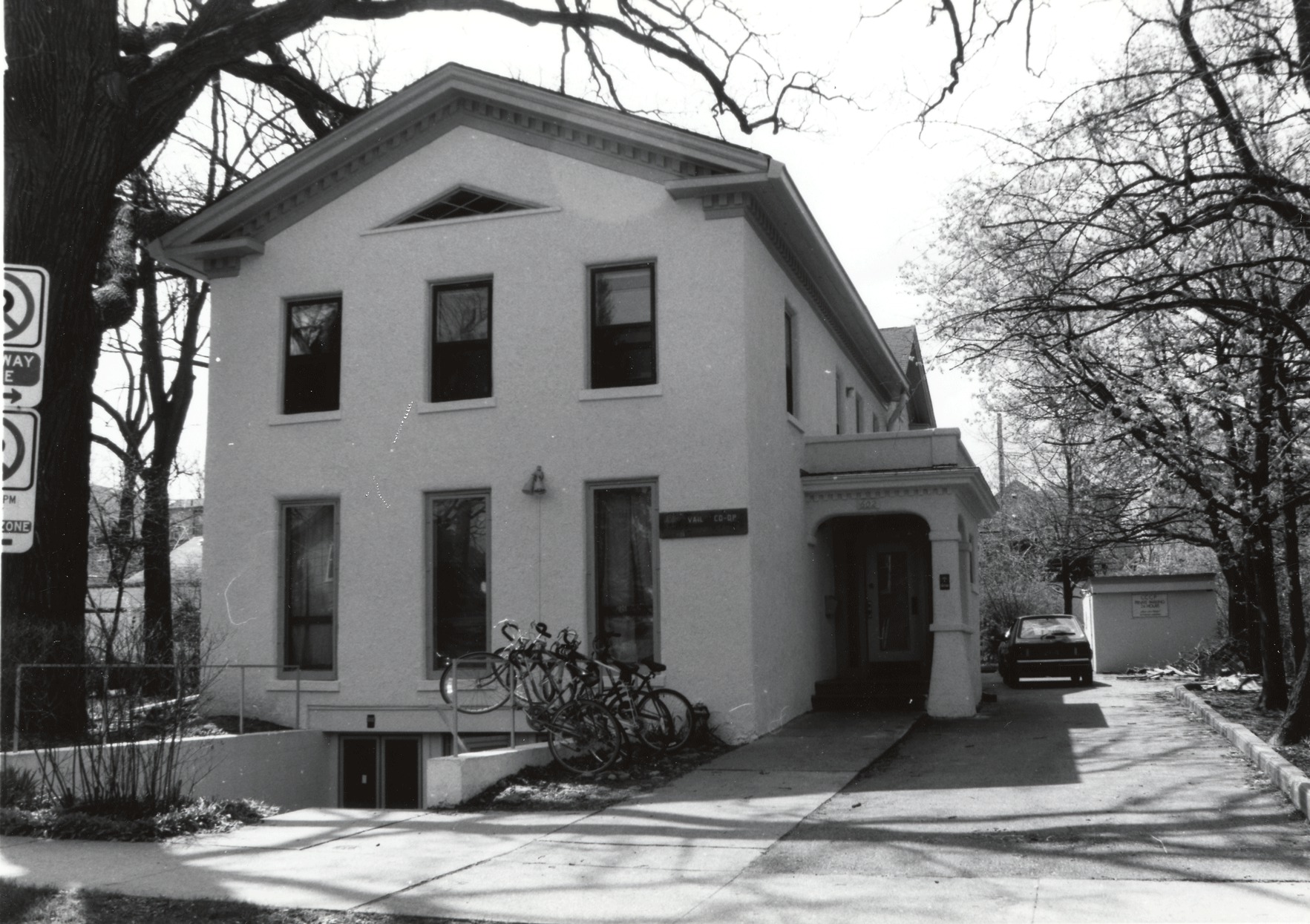 Nestled amidst some of Ann Arbor's finest landmark oak trees, this structure was part of a group of stucco-over-brick houses built in this part of town in the 1840s (see Judge Robert S. Wilson House and Newton A. Prudden House). An unusual feature of this particular house is that the brick is adobe, an unlikely building material for our cold, wet climate. A few adobes exist in Washtenaw County, most notably those built by Stephen Mills, but only one other adobe is known to exist in Ann Arbor (see Newton A. Prudden House). It is thus a rare structure within the local Greek Revival architectural tradition.

After Henry Bower platted the east end of the block in 1844, naming the street "Bowery," Thomas and Margaret Mitchell purchased this lot in 1848. They probably built the gable-front structure with its triangular window and dentils under the eaves that same year. The Mitchells passed the house on to their daughter and her husband, Hubbell Gregory, who had come to Ann Arbor from New York in 1853. The house remained in the Gregory family until the death of their daughter, Jennie Gregory, in 1914.

Following Jennie's death, Horace Prettyman and his wife made their home here. They bought a small parcel to the west of the house and added the porte cochere. They also "bungalowed" the house in the then-current style by rounding off the corners of the window trim and adding porches with tapering pylon-like columns. Prettyman was a successful businessman who owned the White Swan Laundry and the Ann Arbor Press. He lived here until around 1945 after which Abbie Schaefer ran it as a rooming house called Abby House.

In 1961 the house was sold to the Intercooperative Council (ICC), the organization of University of Michigan student co-ops. They renamed the house Vail Co-op to honor their former President, Stephen Vail (Stephanos Valavanis). In 1991 Vail House became the only all-female co-op in the ICC system. Co-opers are proud of their historically significant house and have recently repainted it after extensive repairs to the stucco.