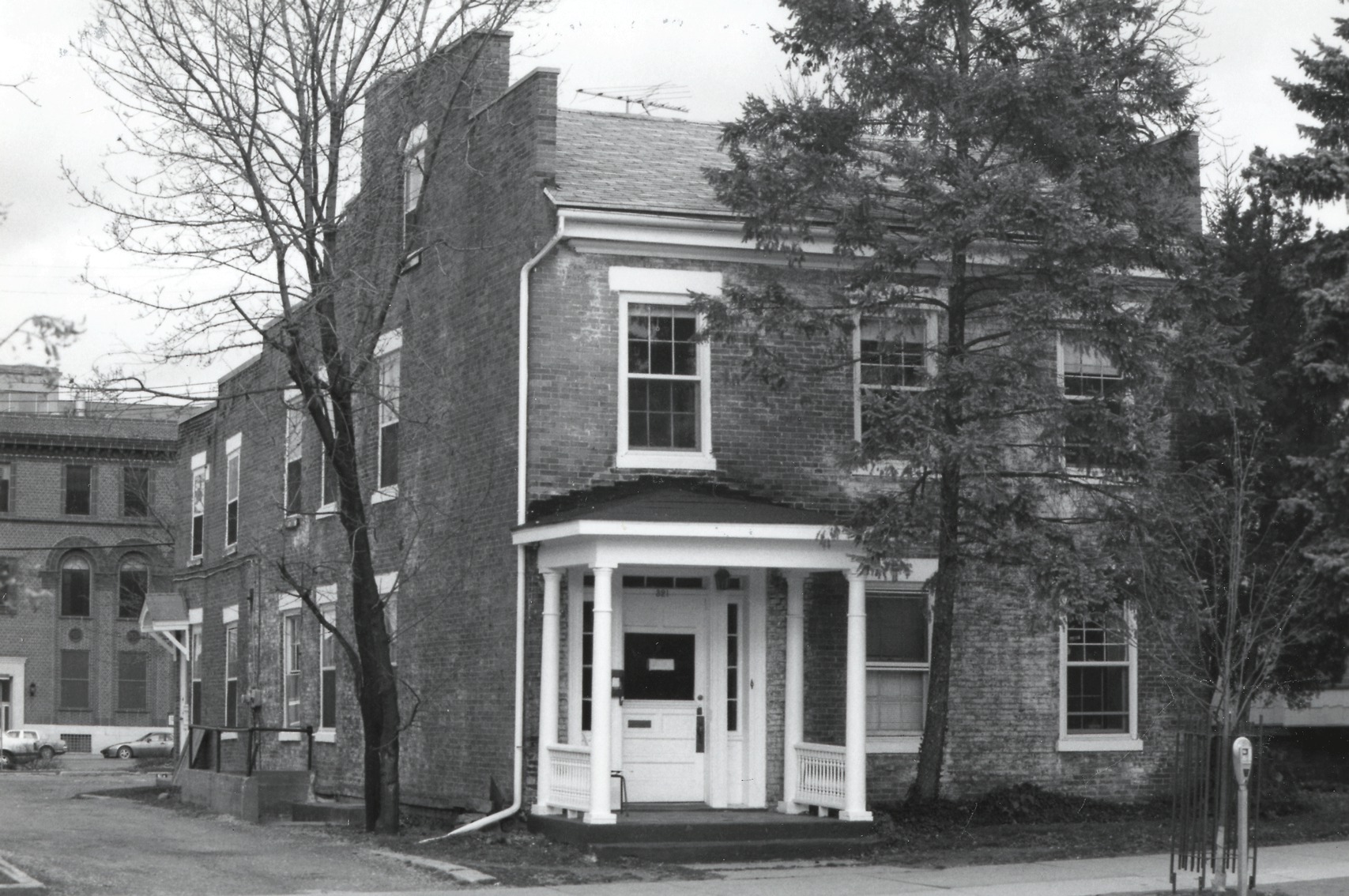 "A two-and-one-half story Eastern City row type, rare in Michigan," was how University of Michigan Professor of Architecture Emil Lorch described this house in his 1936 survey of Ann Arbor's older buildings. In form it resembles what some today call a "Philadelphia townhouse." The tall, narrow facade has three bays with the entrance at the left. The stepped gables on the sides are also found on the Anson Brown Building at 1001 Broadway.

In 1847 Olney Hawkins began to build a house on this site for "Governor" George D. Hill. In a few months, however, Hill was in financial trouble and, in 1849, assigned his properties to William S. Maynard. After some fancy mortgage footwork, Enoch James purchased the property and completed the house which was one of a pair of brick houses built back to back. The other house, which faced Washington Street, was demolished in the 1960s. When the James house was completed in the late 1840s, it was in the midst of a residential neighborhood, halfway between the commercial district on Main Street and the University of Michigan campus on State. Its simple yet elegant doorway, surrounded by sidelights and topped by a transom, is still fronted by the porch which was photographed by local historian Lucy Chapin in 1909. Although the porch is later in date, its rounded Tuscan columns blend beautifully with the original design.

Cornelia Corselius, another local historian, described the James family in her 1909 manuscript as "prominent society people here during the 1850's and part of the 60's." After Enoch James' death in 1867, his widow Amarilla and his son Lyman inherited the house. From the latter part of the 19th century on, the house was rented as rooms and as many as seven apartments. In 1980, the Copi family converted the house into two flats but retained the gold lettered sign on the front door advertising the law offices of previous owner, William R. Kelley.