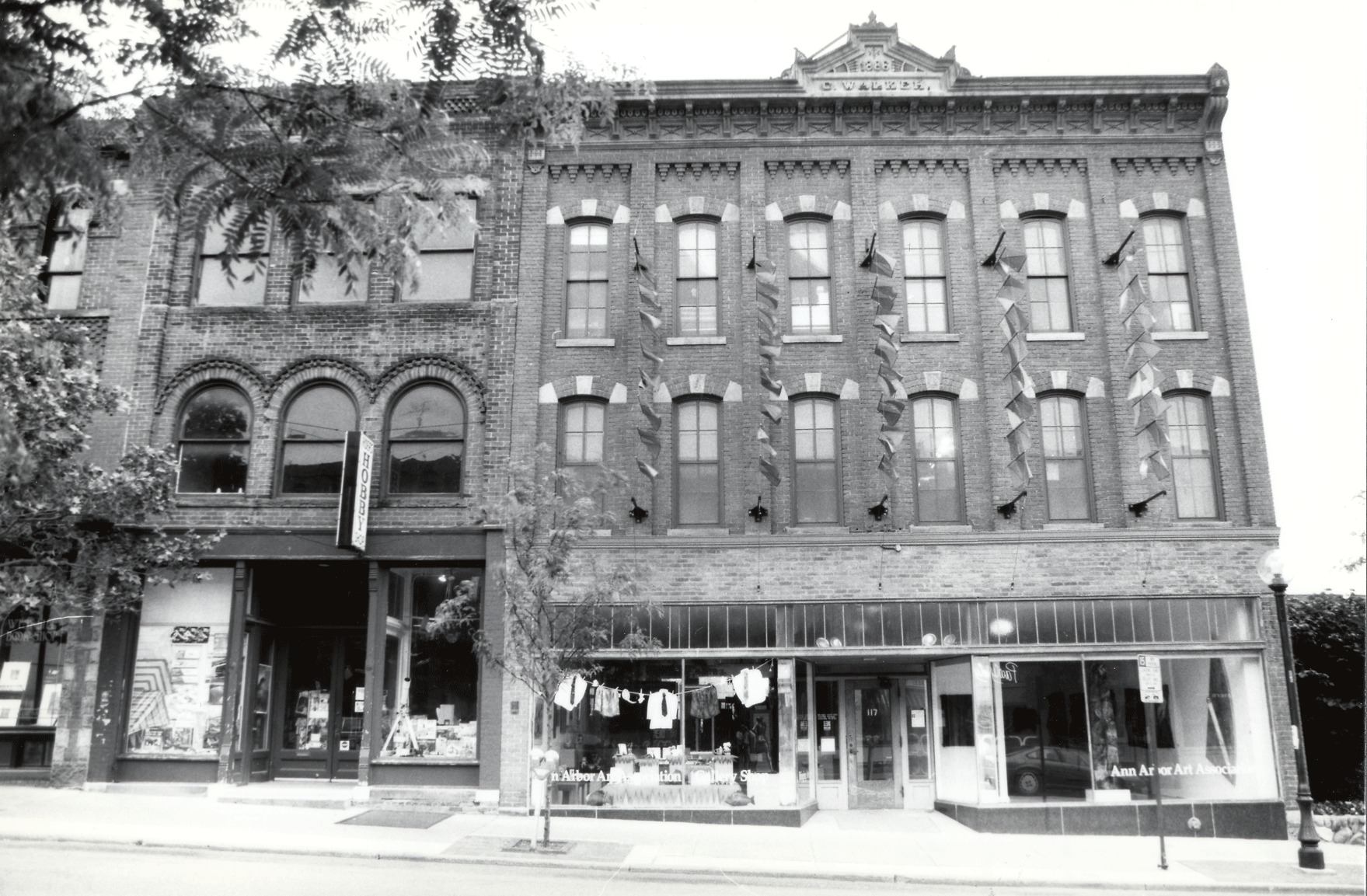 Writers in the 1881 History of Washtenaw County informed us that "C. Walker and Brother, carriage and wagon manufacturers of Ann Arbor, commenced in business only a few years ago and their present prosperity is an index of what may be accomplished by steady perseverance and skillful workmanship. They began the manufacture of carriages in 1868 and two years later Christian Walker began the erection of their present commodious structure, where a large force of skillful mechanics find constant employment."

Grown even larger by 1886, the firm could justify the expense of a distinguished brick building at 117-119 West Liberty, a remarkable example of commercial Italianate style, with unusual brick pilasters between the windows, and an elegant cornice.

In 1893 the carriage showroom and storage area was expanded by new construction at 115 West Liberty that was designed, curiously, as a modified copy of the adjacent Haarer building rather than of the original Walker building. In 1894 the main building was sold to Henne and Stanger Furniture Company. C. Walker and Brother, also known as the Ann Arbor Carriage Works, had display rooms in the building at 115 Liberty (now Rider's Hobby Shop) until 1921, when the firm surrendered to the automobile.

Purchased by the city and slated for demolition in the early 1970s, the buildings were spared by a later city council decree, sparked by renewed public interest in Ann Arbor's downtown architectural heritage. The Ann Arbor Art Association now occupies the corner building, where it mounts exhibits and holds classes. The Association has done a very successful rehabilitation of the store fronts. The two Walker buildings and the Haarer building next door make up the Liberty Street Historic District.