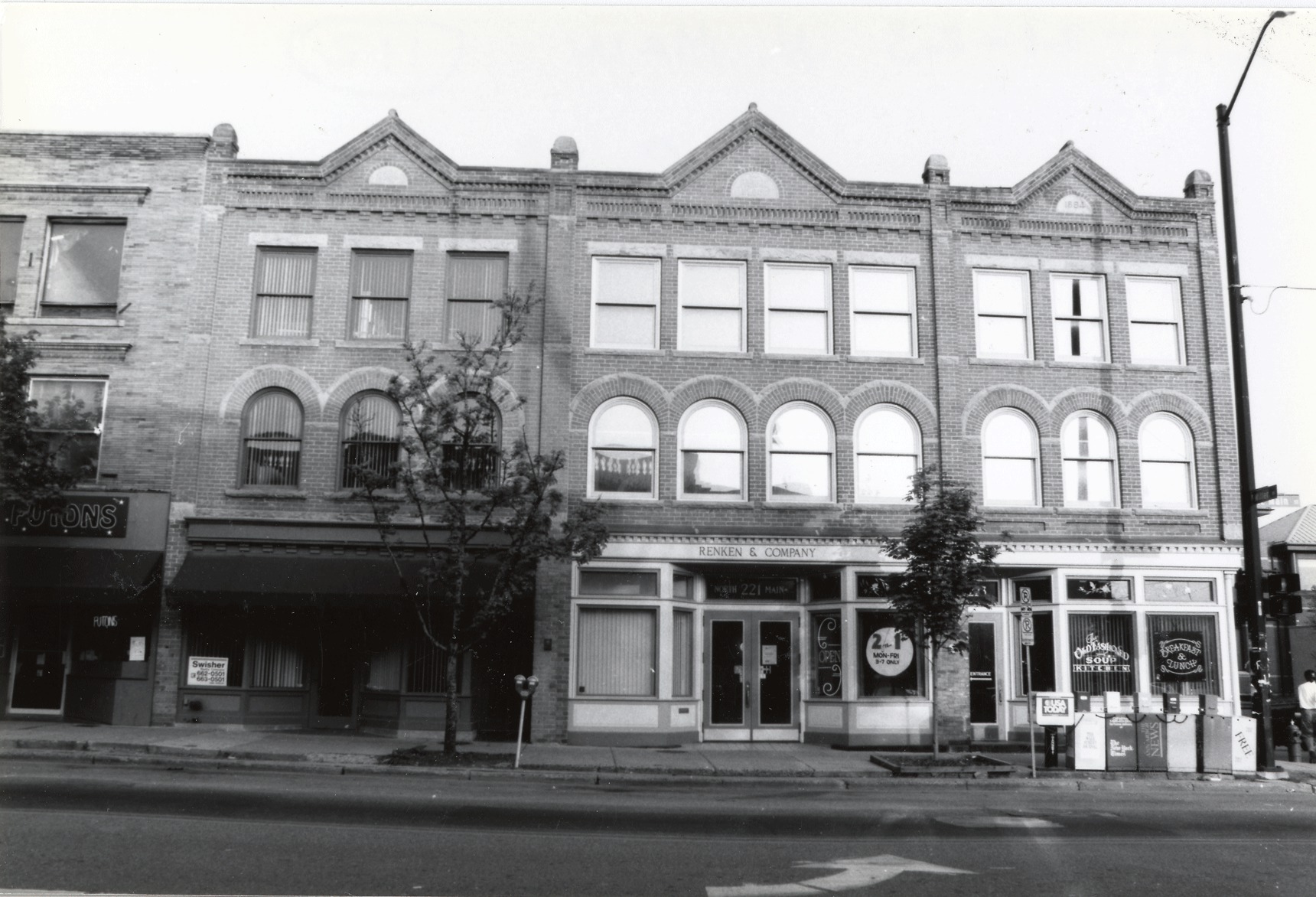 An Ann Arbor booster publication entitled Ann Arbor Industrial Edition wrote in September of 1900: "Charles F. Pardon, Dealer in meats, provisions and groceries, 221-223 North Main Street. This business was established 7 years ago as a meat market and in 1898 Mr. Pardon bought the grocery stock of J. H. Miller and added it to this business. He afterwards bought the Eberhart Bakery, which he sold to his brother [Frank">. He also conducted a meat market at South Lyons for 6 years which has given him ample experience in his line. His stock embraces both staple and fancy groceries, meats and provisions, which he sells at prices which cannot be undersold in the city." It appears the family were quite active in the grocery business, for the same publication lists W. E. Pardon as a dealer in groceries and meats at 123 East Liberty.

Charles Pardon was born in Ann Arbor in 1862 to parents who had emigrated from Germany a few years earlier. A 1906 biographer claimed: "no event of special importance occurred to vary the routine of life for Charles F. Pardon who like most boys of the middle class divided his time between play and work." Pardon apprenticed to a butcher and, after working in South Lyon for six years, eventually opened a market in his new building. His addition of groceries to his line of meats allowed him to expand to the second storefront in 1899. "As he has prospered in his undertakings he has wisely placed his savings in property and now owns considerable real estate in Ann Arbor ???_ the safest of all investments," wrote the same biographer.

The Pardon Block (or Blocks) were built of red brick and stone in a Queen Anne commercial style with arcades of round-topped windows on the second floor, square windows on the third floor, and iron cresting on the roof. Remodelings in the past had covered the stone detailing and brick walls with red paint and altered the original shop windows to suit the commercial styles of the 1950s and 60s.

In 1988, new owners Quinn/Evans Architects, specialists in historic preservation, rehabilitated the southernmost building demonstrating proper preservation on this highly visible street. Evans noted that when the building was painted the contrast between the brick and the stone disappeared. "We removed the paint and the stone popped right out." The Historic District Commission presented a restoration award to Quinn/Evans that year for their fine work.

One year later, Duane Renken of Renken and Co., a real estate and development firm which now makes this building its headquarters began rehabilitating the northern two sections. When the renovation was completed, the company invited Frank Pardon Jr., who was born 86 years earlier above his father's bakery, to come and have a look. "It looks real nice," he said. The Historic District Commission agreed and awarded Renken a preservation award in 1989.

Bakeries and groceries have operated out of these storefronts for most of the 20th century, but today the two northern sections support a restaurant while the southern section is for rent. With the recent restoration of the Old Post Office across the street, and the new Johnson, Johnson and Roy building around the corner, this edge of town is beginning to enjoy a renaissance. The Pardon Block has been one of the major catalysts for the revival of this area.