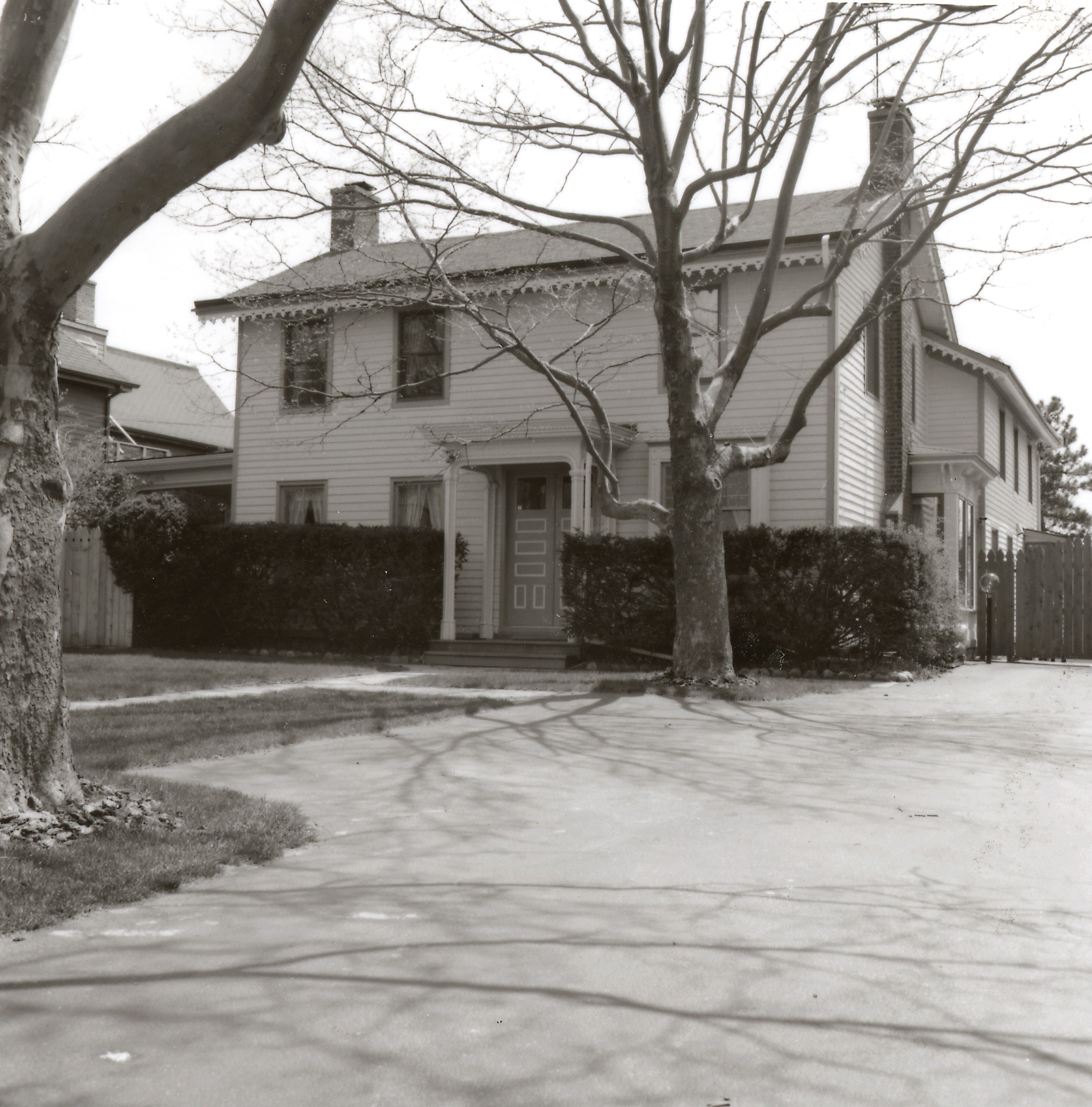 William Wallace Wines and his brother Daniel E. Wines, natives of Connecticut, married two sisters and took them West, to the new frontier of the Michigan Territory. Daniel arrived in Washtenaw County in 1837 followed by William in 1841 and together they operated a lumber mill in Ypsilanti. William moved to Ann Arbor in 1848 and built this charming vernacular cottage, reminiscent of houses common "back East." Daniel came to Ann Arbor two years later and built himself a house next door at 126 Packard. He then entered the sash, door and blind business, and became a contractor and builder while his brother William co-founded a clothing business known as Wines and Worden.

Biographies of Daniel stress his importance as an early local builder, ranging from comments that he "has erected many of the best business houses and private residences in Ann Arbor" to Fiske Kimball's comment that "two fine old residences out Washtenaw Avenue, built by Daniel Wines" were "much appreciated by their owners of the faculty" and were "masonry covered with warm stucco."

This house, which may have been built by Daniel for his brother William, is a simple clapboard structure with a center entry and its long side facing the street -- features common in New England. It is probably an I-house, a folk form two stories high and one room deep, though it has quite a large addition on the rear which may be original to the house. The scallop edging is an unusual touch -- perhaps new designs made possible by machinery just beginning to make its appearance, perhaps a later embellishment. Old-fashioned construction details include brick nogging found in the walls, a primitive form of insulation, and wooden pegs for the framing.

The house was purchased by another pioneer, Nelson Strong, in the early 1870s after William built himself a grand brick Italianate house on the corner of Packard and Main Streets. (It was demolished in the 1960s and is now the site of Baker Commons). Shortly thereafter, Strong sold it to his son-in-law Sedgewick Dean. Dean ran a grocery store on Main Street, but the family's name has been perpetuated by his daughter Elizabeth, who willed the City of Ann Arbor over a million dollars in 1964 for the special care of the city's trees. The Elizabeth Dean Fund perpetuates the memory of this fine lady who astonished the town with her generous bequest.

Elizabeth Dean had left this house long before she died, but her earliest years were spent here. A scene from her daily life is revealed in the diary of visiting nurse Emily Hollister, who wrote in July of 1890: "I come to Mr. Sedwick (sic) Dean's place to nurse Mrs. Stebbins' (Elizabeth's aunt) daughter Emily who is sick with typhoid fever. She is a lovely girl -- The family is very pleasant. Clara Dean is 14 years old -- very interesting. Miss Elizabeth is 5 years old. Her mother has been dead for 5 years and Mrs. Stebbins has been with the family. Mrs. Stebbins is a daughter of Dr. Strong."

Elizabeth eventually sold the house after World War I to Reverend E. C. Stellhorn, a Lutheran minister. Stellhorn altered the interior considerably and probably changed the window to the right of the doorway so he and his wife could enjoy a more modern lifestyle. They occupied this house for almost half a century. After their deaths, the house was purchased by Donald Van Curler, a local architect and developer. He had originally intended to demolish the house and build an apartment building, but was so enchanted when he toured the interior and noted the high ceilings, chandeliers, and marble washstands, that he changed his mind and moved in instead!