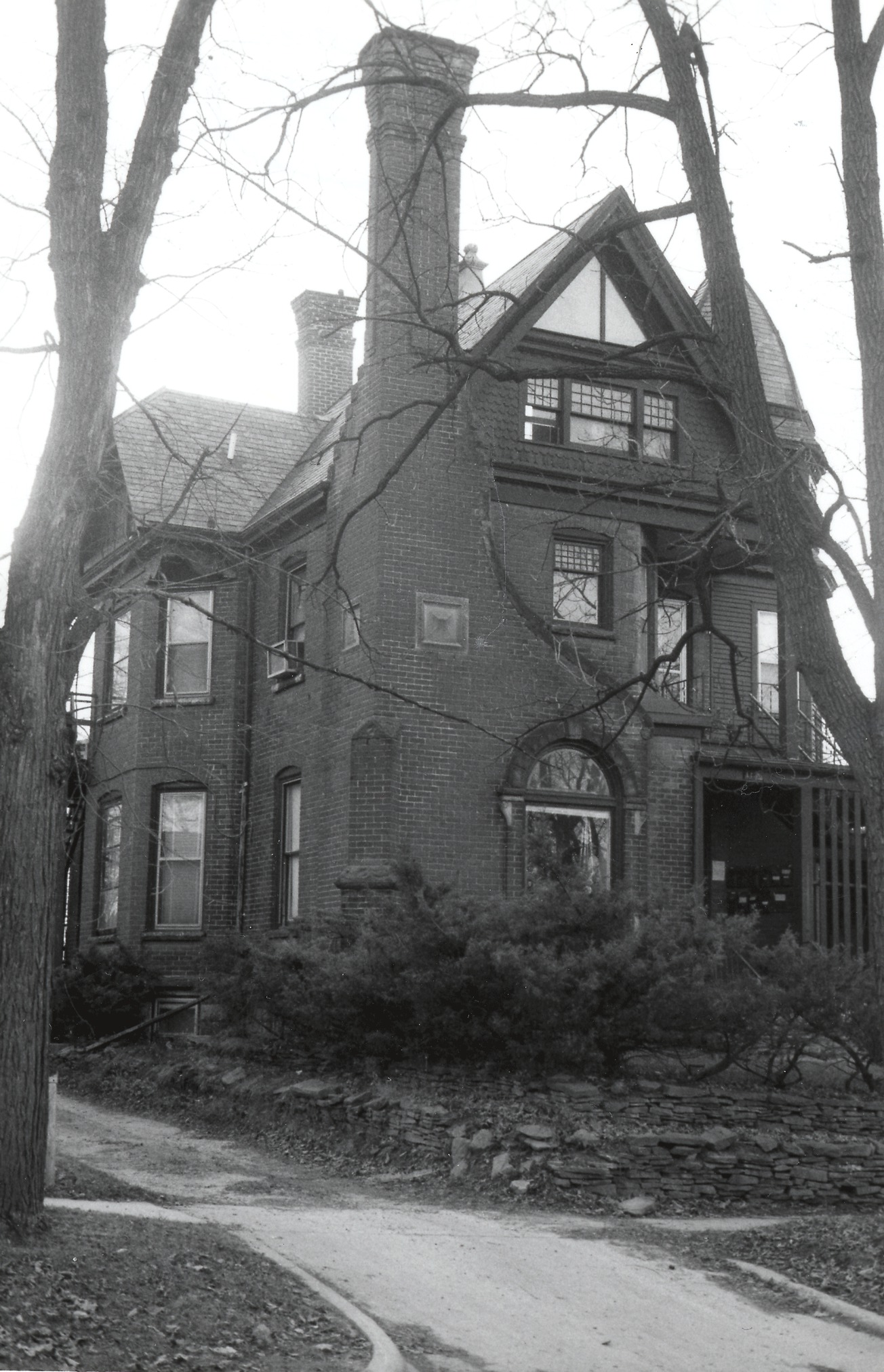 This house, which current residents refer to as "the castle" was built by Samuel and Harriet Miller. It appears to be modeled loosely after Design No. 27 in Goerge F. Barber's The Cottage Souvenir, Revised and Enlarged (1892). It is a particularly fine example of the Queen Anne style, with a very tall curved chimney enveloping an oriel window on the first floor. Adding to the effect of grandness is the conical topped tower to the right of the entry. The use of different materials and shapes of windows and roofs in odd relationships with one another adds to the effect of extravagance.

The Miller house site was created from the acreage of Christian Eberbach's vast estate on packard named "Woodlawn" since Harriet was Christian's sister. The 1874 map of Ann Arbor shows a tree-bordered drive running east from Packard to Eberbach's estate of orchards and gardens. The Millers' romantic Victorian house was placed on a hiltop at the edge of the orchard. Prospect Avenue was opened as an access road and the drive from Packard became a part of the Miller Addition to the City of Ann Arbor.

Although Samuel and Harriet Miller died early in this century, their daughter Aura lived in the house until 1936. Older residents of the area remember her, the orchard (of which a few trees remain) and a bog at the bottom of the hill which closed off Church Street in wet weather. Despite some unsympathetic alterations to the front as a result of the conversion to nine apartments, the house is still considered a major neighborhood landmark in the Burns Park area.