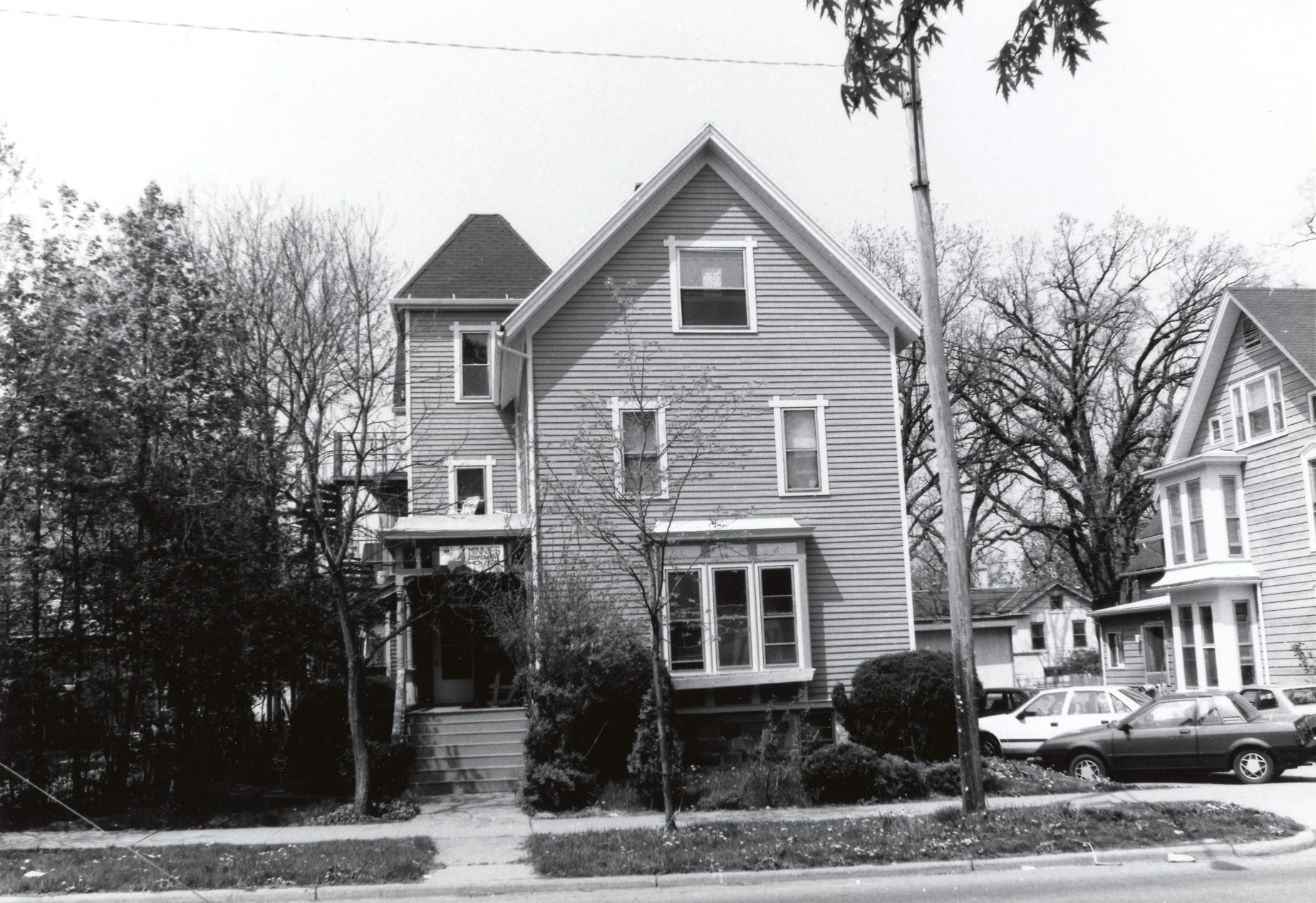 A dynamic woman named Ellen Morse was responsible for the building of many rooming houses along this stretch of North State Street in the 1860s to 80s. Local Ann Arbor historian Louis W. Doll quotes an 1879 newspaper article about her: "This [house being constructed"> makes the seventh large and commodious house erected by Miss Morse... [She"> is entitled to thanks... She is a business woman and orders all her own lumber... and personally supervises the erection of her houses ... in the words of one of our hardware merchants 'She is as sharp and close a purchaser as I have to deal with."

In 1881 Morse and her mother Hanorah purchased a large property on North State Street where she subsequently built both 301 and 307 in 1882. As with her other houses, the builder was probably William Lawrence, and the tenants were students.

After the Civil War the University of Michigan grew tremendously and, according to Doll, returning veterans boosted enrollment to over 1,200 making it then the largest university in the country. Morse's houses were designed to fill the tremendous need for housing and the fact that both she and her mother lived in them, moving often from one to the other, meant that they were constantly looked after.

Miss Morse charged $1.75 per week with the students furnishing their own wood for heat. According to Doll, she often did her own housecleaning and was a daily sight on State Street with her mop, pail, and brushes. Morse could have been a rich woman had it not been for a disastrous investment which left her almost penniless. Despite her near poverty, she managed to hang on to a few properties and live to the age of 87. She donated her last, and most permanent home at 419 North State Street, to the Sisters of Mercy who started St. Joseph Mercy Hospital there.

Miss Morse sold the house at 307 North State to Alexander and Lena Wallace in 1915. Their daughter, Minnie Wallace, continued the boarding house tradition established by Miss Morse. In 1970 the house was purchased from her estate by the Intercooperative Council for co-op housing. The esteem in which she was held by generations of students led to the naming of this house after her. Known for years as Minnie's, the house is a local landmark partly because the co-op's constitution requires the house to be painted purple.