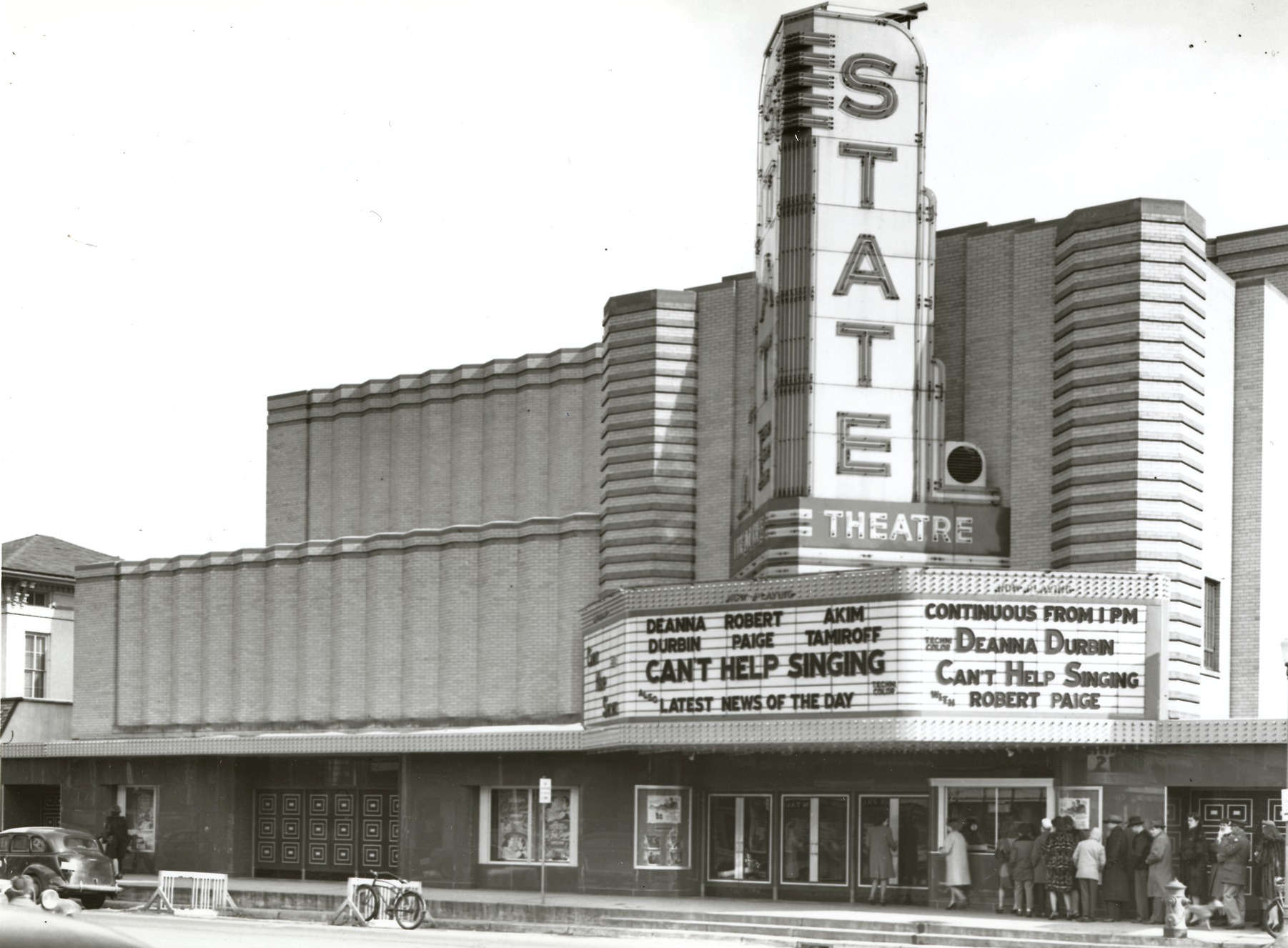 This former movie theater, with its jazzy Art Deco exterior stretching 132 feet along State Street, has been an Ann Arbor landmark since it opened in 1942. An impressive sketch by the architect C. Howard Crane was front page news in November 1940 when construction began.

Crane began designing theaters in a highly ornamental style in the 1920s. The Fox Theater in Detroit, recently restored, illustrates art of the Far East, India and the Mediterranean. The State Theater, however, is in the later stream-lined Art Deco style popular in the 1930s and 40s. Except for the missing red vitrolite glass panels that once sheathed the first floor, the unique facade is relatively intact. The Ann Arbor Bicentennial commission recognized it with an award in 1976.

The theater was constructed for the Butterfield Company, a chain which owned many theaters in Ann Arbor and throughout Michigan. In the late 1970s when multi-unit theater complexes opened on the outskirts of Ann Arbor, Butterfield divided the interior of the State into four smaller units and ended operations in 1989. The building was sold a week later to Hogarth Management who gutted the first floor interior for retail space, retaining the proscenium arch and the original ceiling lights and mosaic floor tiles in the lobby. The second floor theaters are scheduled to reopen soon with minimal remodeling. In 1990 the Ann Arbor Historic District Commission presented Hogarth Management with a Special Merit Award for restoring the marquee with its original brilliant yellow and red colors and re-activated neon. The sign is an icon, visible for blocks along both State and Liberty Streets, a potent symbol of the vibrancy of this commercial area.