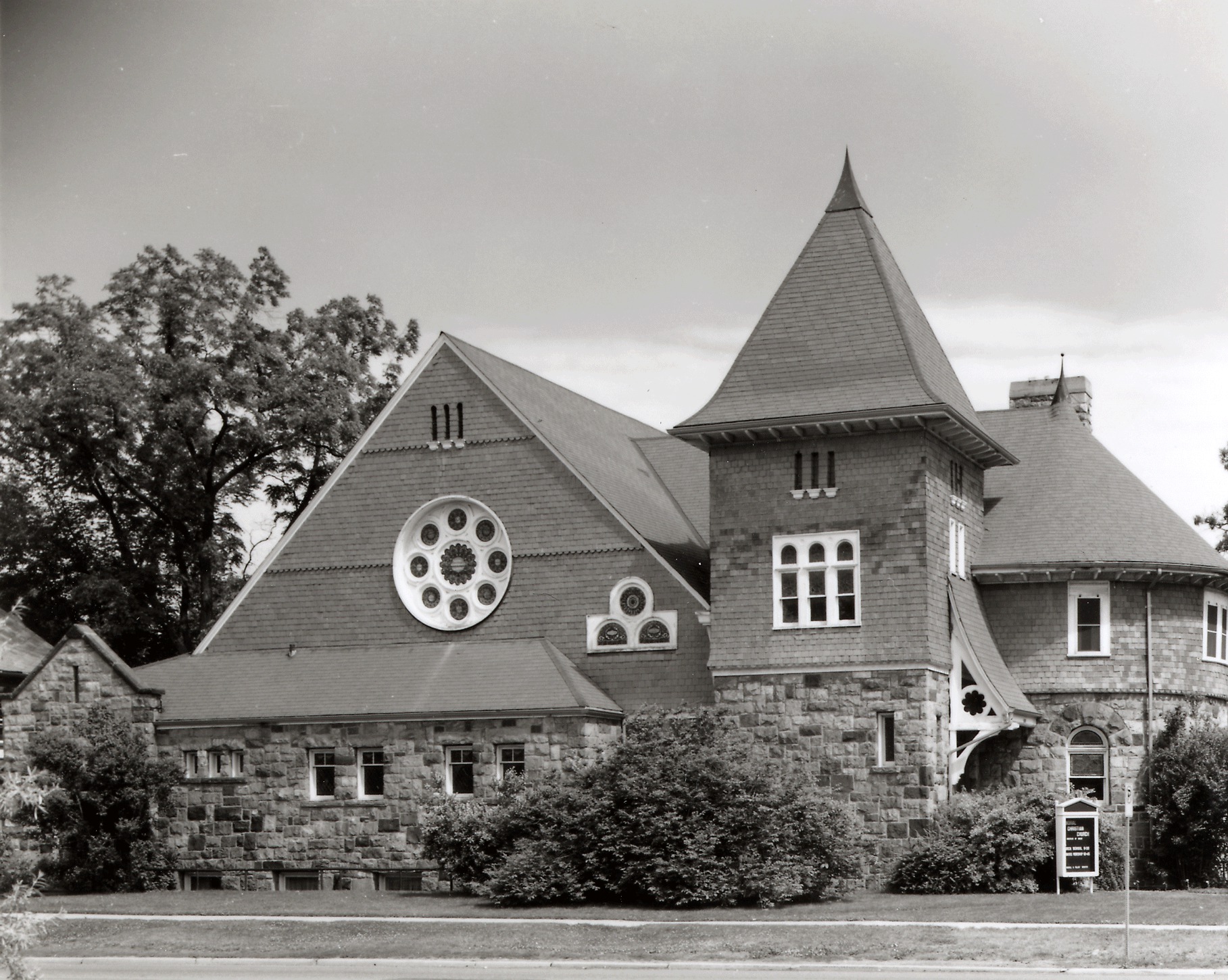 When Mrs. Sarah Hawley Scott of Detroit left a large sum of money to the Church of Christ and the Christian Women's Missionary Society, the entire amount was put at the disposal of the Christian Women's Board of Missions. Under great pressure to locate a mission church in Ann Arbor, they used the money to erect a building on South University near State Street. At the dedication services on October 11, 1891, Ann Arbor church leaders made an eloquent plea for Christian unity.

The church was built in the Shingle style of the late nineteenth century, a simpler, quieter and purely American derivative of Queen Anne design. Ground story walls are typically of stone with wood shingled walls on the upper level. In this handsome church built for the Disciples of Christ congregation, red slate was used instead of wood shingle siding. The arrangement of the pews reflects the Disciples' emphasis on lay participation in the service. The pews surround the projecting front chancel area in a wide sweep to achieve a sense of intimacy and group unity. The cost of the original building, with furnishings and the spectacular rose windows, was $17, 000.

In 1923 the University of Michigan, in its need to expand, purchased the land on which the church was standing in order to construct the University Law Quadrangle, with the provision that they would reproduce the church building at a new location chosen by the congregation. In 1925, after the church set a new foundation at the Hill-Tappan Street site, with a basement "high enough to ensure its being well-lighted," the University reconstructed their church, using the original materials, stone by stone, as much as possible, including the organ. In 1924 the Christian Women's Board of Missions deeded the building to the Church of Christ in Ann Arbor.

In 1950 the organ pipes were concealed and the beams and pews were painted. A wing was added in 1969. In 1991, the church celebrated its centennial year.