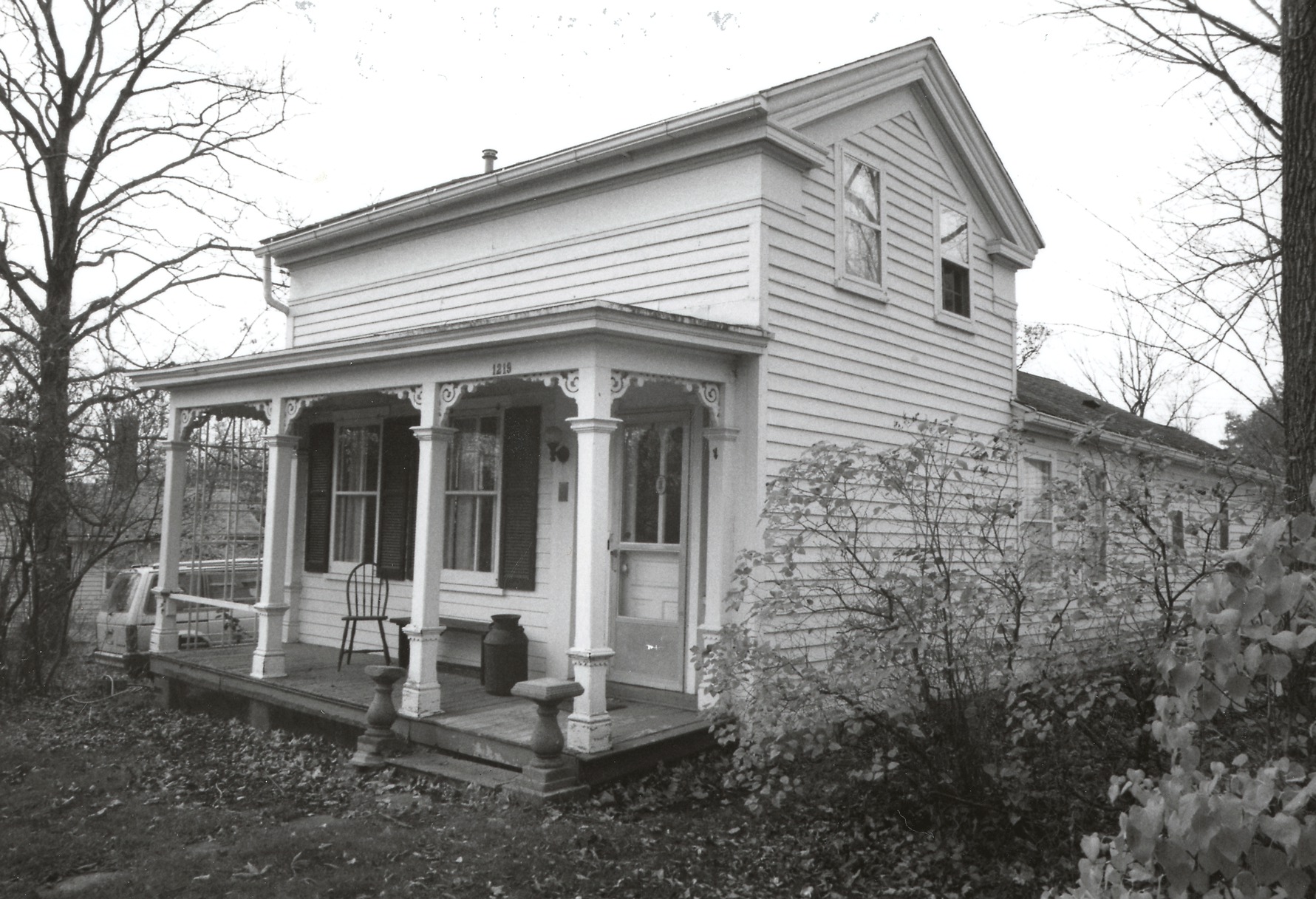 Solomon Armstrong was born in 1821 in Ballston Spa, New York. He arrived in Ann Arbor in 1843 to work as a carpenter and millwright together with his father Jacob and his sons John and Frank A. Armstrong. Solomon's papers are now housed in the Bentley Library in Ann Arbor and include notebooks of his work on houses such as the Jonathan Lund house at 1324 Pontiac and the Kellogg Mill. Even his recipe for paint is included.

The house at 1219, probably built in 1851 when the Armstrongs purchased the two lots, represents the more common style of Greek Revival house with its simple rectangular massing and side gables with returns. The house at 1223 is an example of an unusual Greek Revival house from known as "hen and chicks." Said to be unique to southern Michigan, this house type has a tall central portion with a roof gable facing the street, flanked on either side by shorter wings giving the overall appearance of a mother hen sheltering her baby chicks. "Hen and chicks" houses were popular during the 1830s and 1840s, so this is probably the older of the two houses and may have been moved from Armstrong's original property down the road.

Armstrong sold 1219 in 1861 to Amos Corey, another carpenter. In the 1920s, 1219 passed into the hands of the Schlemmer family, who occupied it until the mid-1970s. The house at 1223 was occupied by the Hatch family for almost the identical period and then by Mrs. Adaline Barbiaux for several decades.

The houses have been featured in books on Ann Arbor's historic buildings, most recently in Ann Arbor Architecture, A Sesquicentennial Selection, published by the University of Michigan Museum of Art in 1974. Unaltered until recently, the two buildings form a unique grouping and present an idealized version of our rural and unhurried past.