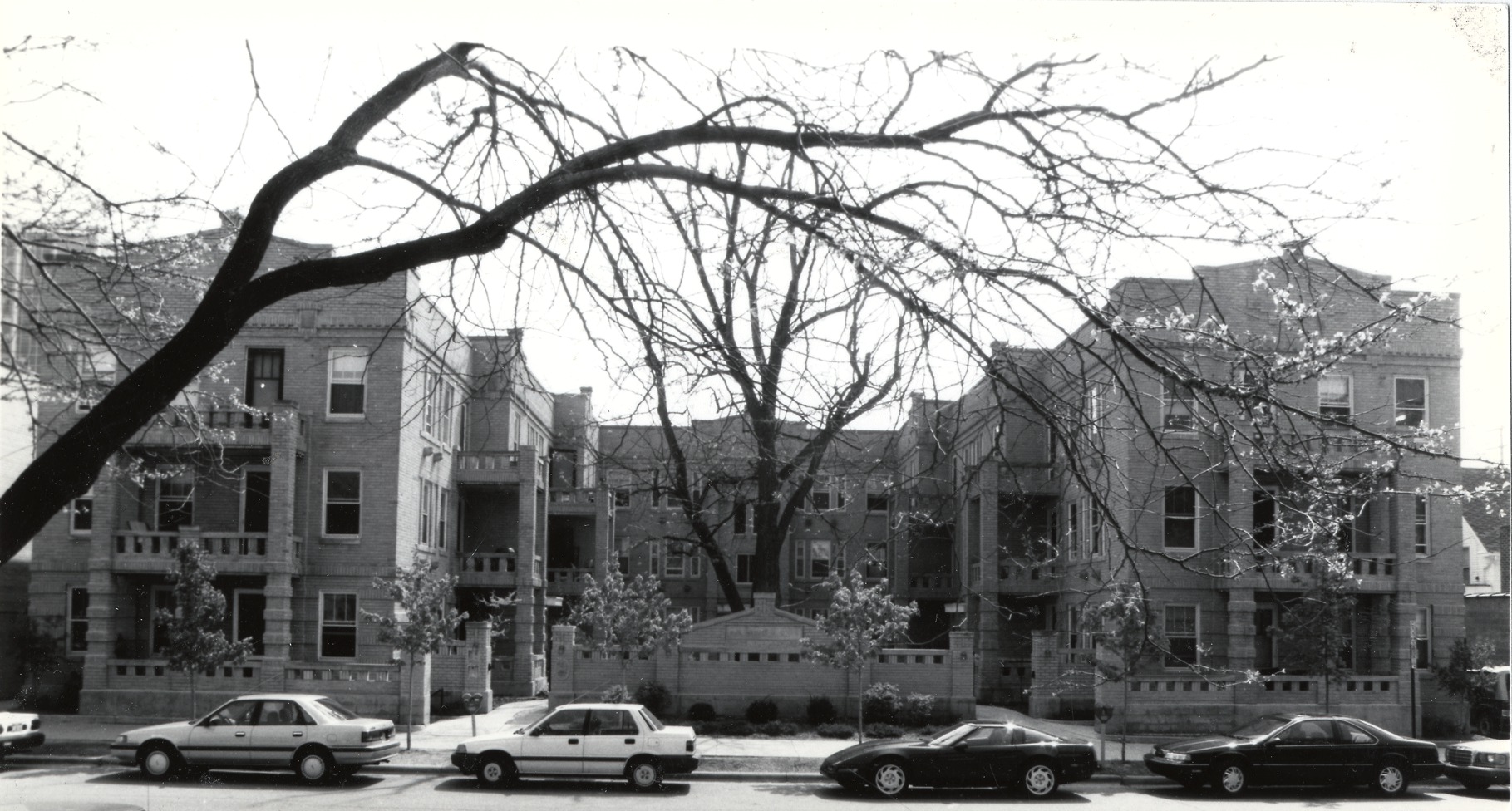 When the student population dramatically increased after World War I, there was a boom in the construction of apartment buildings. In 1923 the Anberay was the first to be completed. Designed by Albert J. J. Rousseau and George W. McConkey, and built in a style referred to as "Chicago," perhaps because its U-shape is similar to many apartment buildings built in Chicago during this period, it is a simple, straightforward building of yellow brick with stone trim decoration. Its U-shape plan forms a central courtyard, with two gateways that flank a wall with the name "Anberay" carved in stone. Each of the 21 units has its own balcony with stone and brick balustrades, each with a slightly different design. The number of vertical units in the balustrade decrease in number as one moves from the top floor down to the ground. This rhythmical design is further accented by the stepped-in pattern of each of the two sides of the "U," giving the whole a feeling of movement and energy.

The earliest tenants of the Anberay were definitely from the better set in Ann Arbor. They included the Athletic Director of the University of Michigan, Fielding Yost, Elizabeth Dean, and Dr. A. C. Furstenberg, as well as Professors Palmer Christian, DeWitt Parker, Ermine Case, and Francis Kelsey. Many tenants spent their entire lives here, even after retirement. Often they came as new faculty and never left the comfortable, spacious, modern units.

The Anberay was purchased by Harold and Elizabeth Lueck in 1942. Rosa Lueck, Harold's mother, served as manager. The Luecks were famous in Ann Arbor for keeping their buildings immaculate and charging low rents. Rosa and her husband Ernst had moved here from Mancelona, Michigan when their son Harold entered the UM in 1914. They lived and worked as custodians in Lane Hall until they purchased their family home at 225 S. Thayer in 1920. This purchase was the beginning of what became their large apartment rental business. After marrying Elizabeth in 1925, Harold worked in Detroit until his retirement in 1952. He later moved to Ann Arbor where he continued to manage their rental properties until his death. The building is still owned by his descendants who live in Seattle and maintain and active interest in their properties.