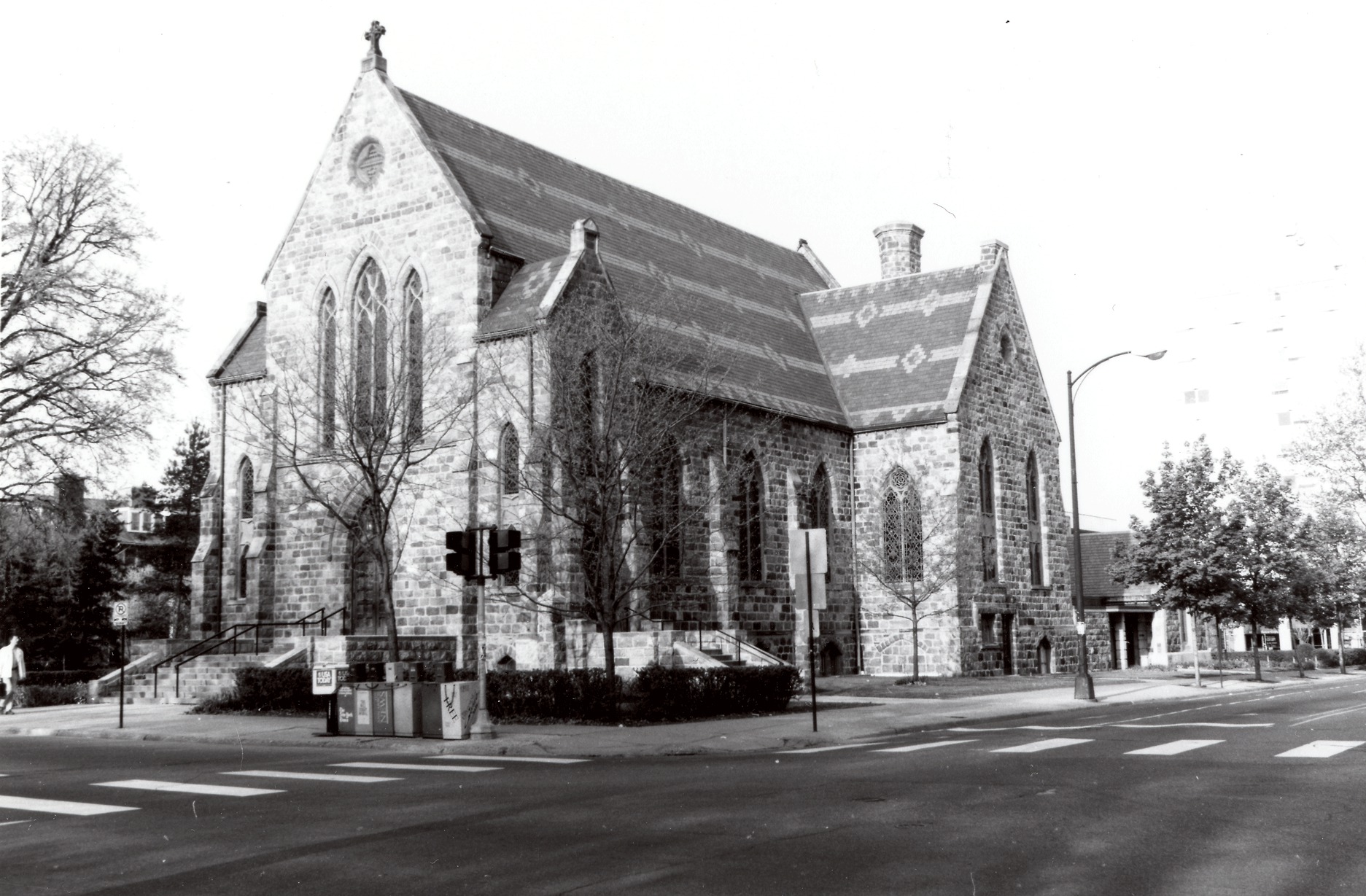 The First Congregational Church of Ann Arbor was organized on March 23, 1847. According to the 1947 history of the church written by Calvin O. Davis, "...its founding was the result of a schism within the membership of the local Presbyterian Church, the separation taking place primarily in protest against the stand maintained by that church on the question of Negro slavery." The secession was led by a small group of liberals who also differed with the Presbyterians on questions of faith and dogma. In 1849 they built a church on Washington Street at Fifth Avenue, but by March of 1870, having outgrown their church building, they voted to build a new one. They chose the corner of State and William Streets, and in June of 1872 the cornerstone was laid. The dedication of the finished church was held on May 10, 1876.

Detroit architect Gordon W. Lloyd, also the designer of St. Andrew's Episcopal Church, chose the Gothic style in multi-colored cut fieldstone and Indiana limestone. The elaborate slate roof with lozenge motifs in contrasting colors is a hallmark of the Gothic style, as are the wooden hammer or collar beams on the inside. In 1942 the interior of the building was refurbished, and in 1946 stone entrance steps and 21 stained glass windows were added. Dr. Leonard Parr began the effort to add a parish house to the original building. Its cornerstone was laid on May 10, 1951.

The Douglas Memorial Chapel, named after Dr. Lloyd C. Douglas, minister of the church from 1916 to 1921, and the parish house were designed by University of Michigan Professor of Architecture Ralph Hammett and completed in 1953. Famous for his preaching abilities, Douglas was also the author of two popular novels, The Robe and Magnificent Obsession, which were later made into movies.

In 1986 the church completed a three-year renovation, which included the restoration of the collar beams in the main sanctuary, the installation of the Wilhelm Tracker Pipe Organ, and a ramp and elevator for handicap access.

The church complex is of remarkable beauty and interest. It graces a major traffic corner and provides a balance to the University campus just across the street, as well as a fitting transition to the State Street commercial district to the north.