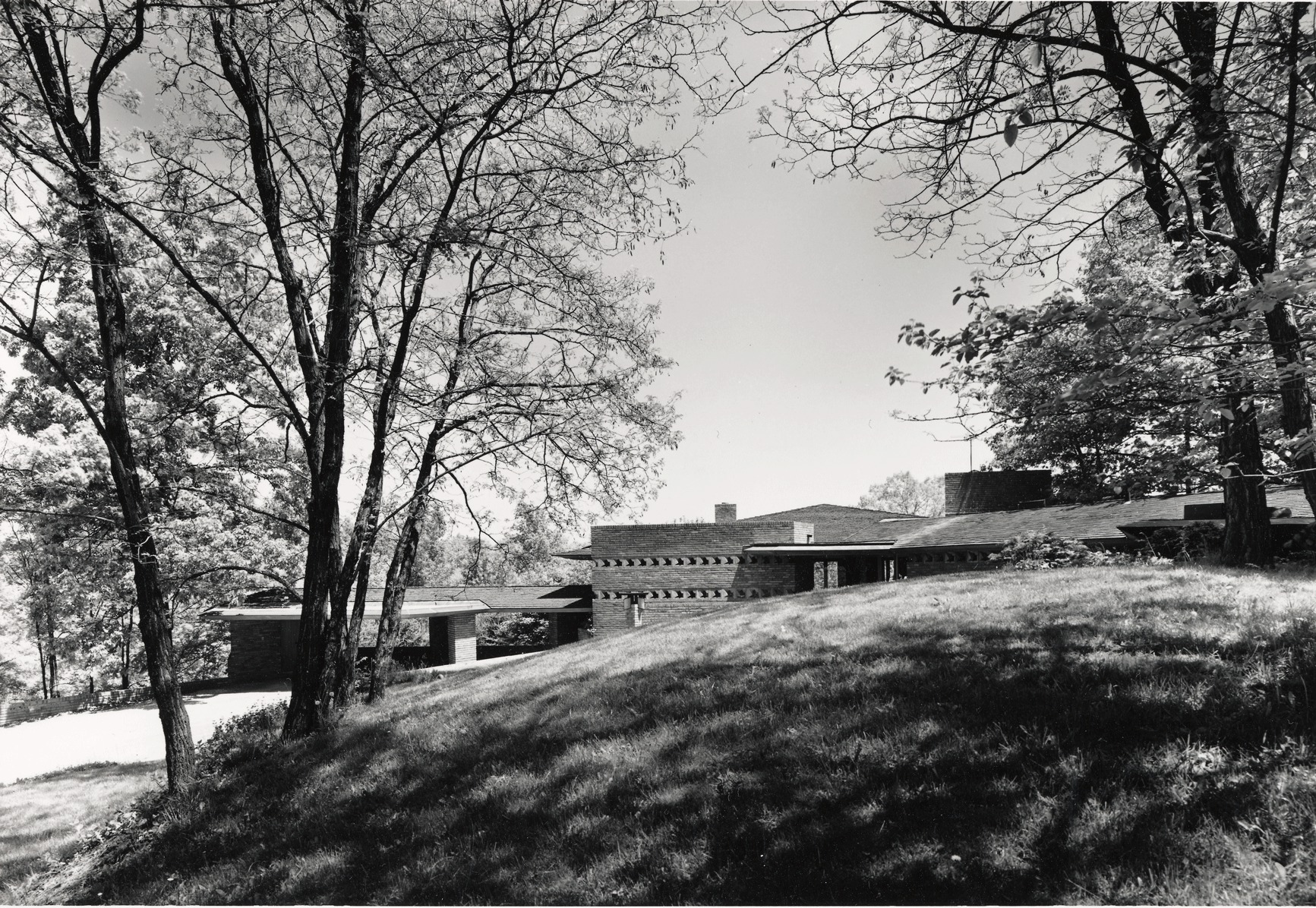 It is said that Frank Lloyd Wright was a romantic. He must have felt he had met with two kindred spirits when he was approached by Mary and William Palmer and asked to design a house to fit their newly acquired hilltop site above the river. Now, forty years later, the home, surrounded by its spacious "stroll garden," would surely have pleased his romantic soul. Bill Palmer, retired Professor of Economics, says that Wright was not only a great architect, he was a wonderful human being, and joy to have as a guest.

This is one of Wright's Usonian houses, designed in 1950 to be built in a pattern of equilateral triangles. It was ready for the Palmers and their two children, Adrian and Mary Louise, in 1952. The living area is open, with repeated panels of glass, including mitred-glass corner windows, leading the eye to the garden beyond. Perforated ceramic blocks run the length of the long, low house, adding detail and a sense of mystery to the exterior. At eye level in the kitchen, they provide a view of the living area on one side and the entry way and carport on the other. Cantilevered roofs of cedar shingles shelter the house with deep overhangs.

The house was built by local contractor Erwin Niethammer. The "claycraft" brick as well as the perforated ceramic blocks were made in Upper Sandusky, Ohio. Wide board-and-batten walls and ceilings are of red tidewater cypress, beautifully constructed by Niethammer's son-in-law Paul Mcdowell. In the living area the ceiling rises to a point from three directions. The cypress throughout was finished by Oswald Herz, a prominent decorator of that time. The soft reds of the brick and the cypress are picked up in the triangles scored into the concrete floor, under which radiant heating was installed. The unusual finish of the floor was produced by broadcasting red granules over wet concrete and troweling them in to give the floor the appearance of polished leather. The focal wall of the living area contains a huge, open fireplace that gives dramatic effect to even a small fire.