The Black Count : : Glory, Revolution, Betrayal, and the Real Count of Monte Cristo Explores the life and career of Thomas Alexandre Dumas, a man almost unknown today, but whose swashbuckling exploits appear in The three musketeers and whose trials and triumphs inspired The count of Monte Cristo.

Most Riveting Non-Fiction Book submitted by pej08 on August 5, 2015, 7:53am The Black Count is essentially a biography of the father of the famed French author, Alexandre Dumas. It is the story of a boy born to a white french aristocrat and a slave on the island that is now Haiti, who later joined the military and rose through the ranks to General, one of the most feared and successful in the French Army. The General Dumas' life is so heroic and interesting, that the book reads more like a novel than a biography. Feats of his strength and military prowess impress the reader, while tales of his compassion and loyalty touch the heart. The book is so riveting that the reader hardly notices that they are being taught all about French history, specifically the period in which slavery was banned and laws were passed to end racial discrimination, nearly 100 years before slavery was abolished in the United States. The story of a fascinating man who led a fascinating life during one of the most fascinating periods in history, this book is difficult to put down. 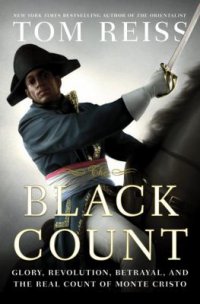