After Paul D. finds his old slave friend Sethe in Ohio and moves in with her and her daughter Denver, a strange girl comes along by the name of "Beloved." Sethe and Denver take her in and then strange things begin to happen. Set in rural Ohio several years after the Civil War, this profoundly affecting chronicle of slavery and its aftermath is Toni Morrison's greatest novel, a dazzling achievement, and the most spellbinding reading experience of the decade. A brutally powerful, mesmerizing story- read it and tremble. At the center of Toni Morrison's fifth novel, which earned her the 1988 Pulitzer Prize for fiction, is an almost unspeakable act of horror and heroism: a woman brutally kills her infant daughter rather than allow her to be enslaved. The woman is Sethe, and the novel traces her journey from slavery to freedom during and immediately following the Civil War. Woven into this circular, mesmerizing narrative are the horrible truths of Sethe's past: the incredible cruelties she endured as a slave, and the hardships she suffered in her journey north to freedom. Just as Sethe finds the past too painful to remember, and the future just "a matter of keeping the past at bay," her story is almost too painful to read. Yet Morrison manages to imbue the wreckage of her characters' lives with compassion, humanity, and humor. Part ghost story, part history lesson, part folk tale, Beloved finds beauty in the unbearable, and lets us all see the enduring promise of hope that lies in anyones future.

Superb submitted by Daniel Saltzman on March 13, 2010, 2:45pm Very compelling emotionally, Beloved is a bittersweet novel that explores the struggles people went through under and escaping from, American slavery. Not for the faint of heart, but excellent nonetheless.

Great Book submitted by min on June 13, 2015, 12:45am Great diction and syntax. A bit gruesome and extremely graphic.

Haunting submitted by Avliss on June 18, 2016, 7:40pm "Visceral" is a very good word for this book. I love Toni Morrison's style, but there were definitely moments when I had to put down the book and step away because it was just too vivid and painful. The plot, while sluggish at times, was new and startling (and more than a little creepy), and I was very much invested in Seth and Denver's story from the first page to the last.

Read it again . . . submitted by VHAVILAND on June 19, 2017, 3:21pm This book is in my top five favorite books of all time. Obviously, its power and depth are well-documented. But I wanted to put in a plug for reading it again if it has been several years. I read it several times as a young woman, but once I became a mother and read it again, the themes and heartbreak became almost unbearable -- but in a good way.

Despair: what does it feel like? How do you survive it? submitted by ccrose on August 2, 2019, 5:13pm This book is at the top of my list of what literature can do. Some scoff at books of fiction. “Well it’s just something made up...” but I believe Morrison and a lot of good writers put a story together, synthesizing what they have experienced, were told, saw a flicker of an image that joined immediately with something they already half-knew and a truth results.
Beloved lays out terrible choices, motivated by a mixture of love and despair. I’m glad I read it thirty years ago and yes I'm reading it again.

One of my favorite TM novels submitted by crp on August 6, 2019, 6:52pm Toni Morrison has outdone herself with this one. And with today’s news, may she rest in power.

A Spellbinding Book in 20th Century American Literature submitted by sVfGI7Glt2pz7GZgVB90 on August 12, 2019, 6:32pm A true story of a post-Civil War escapee slave who, after she is recaptured, kills her infant daughter to liberate her from slavery and oppression. This captivating book is much-admired for its articulation of the inhumane violence of the institution of slavery.

Demands a read through, worth a re-read submitted by gladaaro on July 29, 2021, 10:10pm I had previously read through Beloved years ago and it was completely worth a re-read. Morrison is an expert wordsmith, and her unique surrealistic sci-fi/fantasy blended with social and racial issues make a fascinating story.

Worth your time submitted by pk on July 5, 2022, 2:27pm As most Toni Morrison is! The sci-fi / fantasy aspect of this book is spellbinding. The racial / societal aspects are heartbreaking. There is so much emotion in this book and you feel for each of the characters - what they want, what they have endured, what they have given up. Each character reveals themself through successive chapters, a little more with each page. Give this a read and you will not regret it. 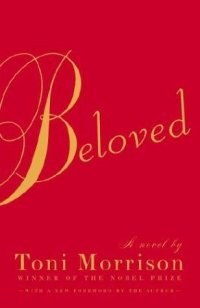