Ebony and ivy : : Race, Slavery, and the Troubled History of America's Universities A leading African American historian of race in America exposes the uncomforable truths about race, slavery, and the American academy, revealing that leading universities, dependent on human bondage, became breeding grounds for the racist ideas that sustained it.

Read This submitted by betsywil on August 12, 2015, 10:28am This well researched book tells an important and troubling story of our past - with implications for today...

Analysis of connections between Amnerica's first colleges and slavery. submitted by apf1950 on August 8, 2020, 9:55am This is almost like two books. The first half is a real slog, seemingly detailing every sailing between the Northeast and either Africa or the Caribbean, and then linking the owners/sponsors to colleges like Harvard, Princeton, and Columbia. It's like reading shopping lists. Many historians and social scientists would have used tables to display patterns. Still, he connects the rise of higher education to Protestant evangelizing, training and brutalizing Native tribes, and slave trading and ownership.
The second half is more focused and concentrates on the role of colleges, their faculty, and governors in debates over slavery. This includes efforts to colonize Africa with the enslaved and efforts to suppress anti-slavery groups. In the end, it dispels any notion that the North was unified in its opposition to slavery, including its colleges. 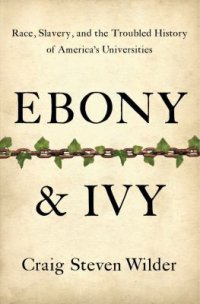