Mesmerized by a band of girls in the park whom she perceives as enjoying a life of free and careless abandon, 1960s teen Evie Boyd becomes obsessed with gaining acceptance into their circle. Evie, grateful for their charismatic leader's attention, the sense of family the group offers, and the assurance of the girls, is swept into their chaotic cult existence. As things turn darker, her choices become riskier. A wonderfully written debut novel about the harm we can do, to ourselves and others, in our hunger for belonging and acceptance. -- {u01C2}c adapted from NoveList and Publishers Weekly.

Spooky but in a tween girl way submitted by lexinylander on July 19, 2018, 9:10pm Very very spooky semi-outsider narrative of a kind of 60s hippie commune cult murder á la Charles Manson, but through a tween girl lens, which was almost even spookier. I loved the way that Evie was narrating by going back and forth between present day and when she was fourteen, with the little quips and insights into what was about to go wrong so clearly laid out. I was even more enchanted and spooked by the fact that Evie was far more in love with Suzanne than she was with Russell, because that makes a hell of a lot more sense.

"I'd always been jealous of girls who wore their sister's hand me downs, like the uniform of a well-loved team."

"Though I should have known that when men warn you to be careful, often they are warning you of the dark movie playing across their own brains. Some violent daydream prompting their guilty exhortations to "make it home safe."'

"And I can picture it, because I knew every degree of her face. The calming mystic air on her, like she was moving through water. "Come on," she said one last time, and the boy inched toward her. Then he was in her lap, and she held him there, the knife like a gift she was giving him."

"There was a demented dignity to their resistance - none of them had run. Even at the end, the girls had been stronger than Russell." 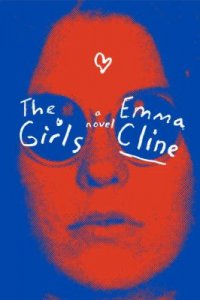