The author recounts his grief over the death of his wife, and explains how he reexamined his religious beliefs.

Beautiful and True submitted by hduke on August 18, 2015, 10:37pm CS Lewis does not tackle the overarching topic of grief in this book, rather he records his thoughts, struggles, and emotions in the wake of his wife's death, creating a portrait of grief that is in its specificity, universal.

I valued the descriptions of his days submitted by ccrose on July 29, 2019, 10:16pm I’ve read parts of the book many times and given it to friends as well. A precise description: who would have imagined that grief felt so much like fear?
CS Lewis was a religious man so I tell friends who have different views to take what they need from his writing.
By the way, it’s easy to forget he wrote the The Chronicles of Narnia for children. He said when his mother died, he and his brother were little boys and as a way to get through the deep sadness in their home, they began to make up what later became the Chronicles. 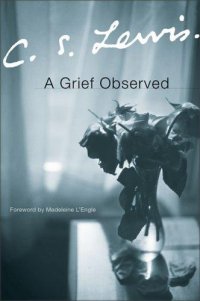