The Fire This Time : : a new Generation Speaks About Race The Tradition / by Jericho Brown -- Introduction / by Jesmyn Ward -- Part I: Legacy -- Homegoing, AD / by Kima Jones -- The Weight / by Rachel Ghansah -- Lonely in America / by Wendy S. Walters -- Where Do We Go from Here? / by Isabel Wilkerson -- "The Dear Pledges of Our Love": A Defense of Phillis Wheatley's Husband / Honoree Fanonne Jeffers -- White Rage / by Carol Anderson -- Cracking the Code / by Jesmyn Ward -- Part II: Reckoning -- Queries of Unrest / by Clint Smith -- Blacker Than Thou / by Kevin Young -- Da Art of Storytellin' (a prequel) / by Kiese Laymon -- Black and Blue / by Garnette Cadogan -- The Condition of Black Life is One of Mourning / by Claudia Rankine -- Know Your Rights! / by Emily Raboteau -- Composite Pops / by Mitchell Jackson -- Part III: Jubilee -- Theories of Time and Space / by Natasha Trethewey -- Far: Notes on Love and Revolution / by Daniel Jose Older -- Message to My Daughters / by Edwidge Danticat.
"National Book Award-winner Jesmyn Ward takes James Baldwin's 1963 examination of race in America, The Fire Next Time, as a jumping off point for this groundbreaking collection of essays and poems about race from the most important voices of her generation and our time. In light of recent tragedies and widespread protests across the nation, The Progressive magazine republished one of its most famous pieces: James Baldwin's 1962 "Letter to My Nephew," which was later published in his landmark book, The Fire Next Time. Addressing his fifteen-year-old namesake on the one hundredth anniversary of the Emancipation Proclamation, Baldwin wrote: "You know and I know, that the country is celebrating one hundred years of freedom one hundred years too soon." Award-winning author Jesmyn Ward knows that Baldwin's words ring as true as ever today. In response, she has gathered short essays, memoir, and a few essential poems to engage the question of race in the United States. And she has turned to some of her generation's most original thinkers and writers to give voice to their concerns. The Fire This Time is divided into three parts that shine a light on the darkest corners of our history, wrestle with our current predicament, and envision a better future. Of the eighteen pieces, ten were written specifically for this volume. In the fifty-odd years since Baldwin's essay was published, entire generations have dared everything and made significant progress. But the idea that we are living in the post-Civil Rights era, that we are a "post-racial" society is an inaccurate and harmful reflection of a truth the country must confront. Baldwin's "fire next time" is now upon us, and it needs to be talked about. Contributors include Carol Anderson, Jericho Brown, Garnette Cadogan, Edwidge Danticat, Rachel Kaadzi Ghansah, Mitchell S. Jackson, Honoree Jeffers, Kima Jones, Kiese Laymon, Daniel Jose Older, Emily Raboteau, Claudia Rankine, Clint Smith, Natasha Trethewey, Wendy S. Walters, Isabel Wilkerson, and Kevin Young"-- Provided by publisher.

Worth Reading submitted by sdunav on June 17, 2017, 9:53am Very diverse collection of essays - many of them are amazing, gut-wrenching, thought-provoking pieces

A variety of essays submitted by cayluebeck on July 23, 2020, 2:48pm I read this book shortly after reading "The Fire Next Time" by Baldwin. It is clear to see the connections between the two books. The nice thing about essay books is that if you don't love one author's style there is another one shortly after. These shorties share the same book but cover a variety of topics within race. One of the one's I remember most vividly is the archival hunt of one of the narratives. An impactful and important read.

Lots to think about submitted by flemingj on August 21, 2020, 9:01am I love Jesmyn Ward, so appreciated her introducing me to other authors' writing. 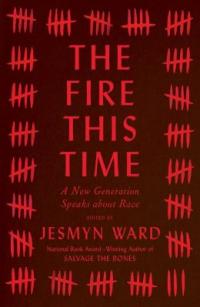