Policing the Planet : : why the Policing Crisis led to Black Lives Matter "A probing collection of essays and interviews addressing police brutality and racial injustice Policing has become one of the urgent issues of our time, the target of dramatic movements and front-page coverage from coast to coast in the United States and across the world. Now a wide-ranging collection of writers and activists offers a global response, describing ongoing struggles from New York to Ferguson to Los Angeles, as well as London, San Juan, San Salvador, and beyond. This book, combining first-hand accounts from organizers with the interventions of scholars and contributions by leading artists, traces the global rise of the "broken-windows" strategy of policing, first established in New York City under Police Commissioner William Bratton, a doctrine that has vastly broadened police power and contributed to the contemporary crisis of policing that has been sparked by notorious incidents of police brutality and killings. With contributions from #BlackLivesMatter cofounder Patrisse Cullors, Ferguson activist and St. Louis University law professor Justin Hansford, poet Martín Espada, scholars Ruth Wilson Gilmore, Robin D.G. Kelley, Naomi Murakawa, Vijay Prashad, and many more"-- Provided by publisher. 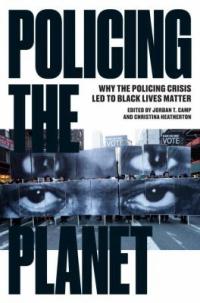