Born Both : : an Intersex Life The Hazards of Being Female -- A Herm Grows in Queens -- A Hermaphrodite by Any Other Name -- Metamorphosis -- Gendercide -- the Grass Is Not Always Greener -- Finding the Vocabulary to Talk about Being Intersex -- Invisibility -- Girl/Boy, Lesbian/Gay? -- Nonbinary Blues -- Burning My Man -- Going Public -- The Lows of Being Out -- The Highs of Being Out -- The Struggle at Home and Abroad -- City of Intersex Angels -- Practicing What I Preach.
"From Hida Viloria, writer and intersex activist, a candid, provocative, and eye-opening memoir of life, love, and gender identity as an intact intersex person, as well as a call to action for justice for intersex people. Hida Viloria was raised as a girl but discovered early on that he/r body was different. Unlike most people who are born intersex in the first world--meaning they have genitals, reproductive organs, hormones, and/or chromosomal patterns that do not fit standard definitions of male or female--Hida had the freedom to explore the person s/he was born to be because he/r parents did not agree to have he/r sex characteristics surgically altered at birth. It wasn't until s/he was 26 and encountered the term "intersex" in a San Francisco newspaper that s/he finally had a name for he/r difference. That's when s/he began to explore what it means to live in the space between genders--to be both and neither. As s/he began to reach out to others like he/r, however, Hida discovered that most intersex people had been scarred, both physically and psychologically, by infant surgeries and hormone treatments meant to "correct" their bodies. Eager to help end this practice, Hida came out as intersex at a national and then international level. By answering the question "Are you a boy or a girl?" with "I'm both," Hida's helped blaze a trail for people--particularly intersex and genderqueer/non-binary people--to celebrate the middle space where male and female are not separate and opposite but entwined. Born Both is an intimate and powerful account of Hida's search for authentic identity and love in a world that insists on categorizing people into either/or"-- Provided by publisher. 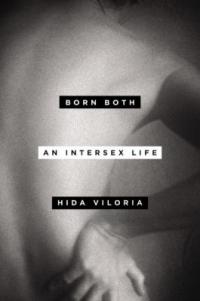