Empires in the sun : : the Struggle for the Mastery of Africa Part one: 1830-1881 -- Mission civilisatrice: Europe and Africa in 1830 -- "Sold just like chickens": slavery and the slave trade -- "Ethiopia shall soon stretch out her hands to God": missionaries -- White Man's countries I: Razzia: the conquest of Algeria -- White Man's countries II: "I am a chief and master": South Africa -- "Un vaste plan d'occupation": exploitation and exploration -- Part two: 1882-1918 -- "Bring on a fight": regime change in Egypt and the Sudan 1882-1889 -- "Will and force": partition 1882-1914 -- "It'll all be pink soon": the struggle for southern Africa 1882-1914 -- "If you strike, strike hard": pacification 1885-1914 -- "White savages": hearts of darkness -- "We go where we are led": missions and their enemies -- "Toxic is the gift of Christians": Islam and empires -- "Palm trees, enormous flowers, Negroes, animals and adventures": the impact of Africa on Europe -- "The honour of the ruling race": racial attitudes, sexual encounters and Africa's future -- "Lloyd George", "Kitchener", "Sambo" and "Coolie": Africa at war 1914-1918 -- Part three: 1919-1945 -- "Contagious excitement": the rise of nationalism -- "Force to the uttermost": more wars 1919-1939 -- "Unable to stand alone": Africa on the eve of war -- "Wait and see": Italian disasters and French traumas 1940-1945 -- "Black tarantulas": Africans at war -- Part four: 1945-1990 -- "Can Russians speak Swahili?": nationalist agitation and Cold War phantoms in British Africa 1945-1957 -- "Comrade Nasser, don't worry!": Egypt and the Cold War 1945-1980 -- A "horde of rats": the Algerian War and the Cold War -- "Maelstrom": the Congo and Rhodesia -- "They have left us in the lurch": the last days of White Africa.
In this compelling history of the men and ideas that radically changed the course of world history, Lawrence James investigates and analyzes how, within a hundred years, Europeans persuaded and coerced Africa into becoming a subordinate part of the modern world. His narrative is laced with the experiences of participants and onlookers and introduces the men and women who, for better or worse, stamped their wills on Africa. The continent was a magnet for the high-minded, the philanthropic, the unscrupulous and the insane. Visionary pro-consuls rubbed shoulders with missionaries, explorers, soldiers, adventurers, engineers, big-game hunters, entrepreneurs and physicians. Between 1830 and 1945, Britain, France, Belgium, Germany, Portugal, Italy and the United States exported their languages, laws, culture, religions, scientific and technical knowledge and economic systems to Africa. The colonial powers imposed administrations designed to bring stability and peace to a continent that seemed to lack both. The justification for occupation was emancipation from slavery - and the common assumption that late nineteenth-century Europe was the summit of civilization. By 1945 a transformed continent was preparing to take charge of its own affairs, a process of decolonization that took a mere twenty or so years. There remained areas where European influence was limited (Liberia, Abyssinia) - through inertia and a desire for a quiet time, Africa's new masters left much undisturbed. This magnificent history also pauses to ask: what did not happen and why? 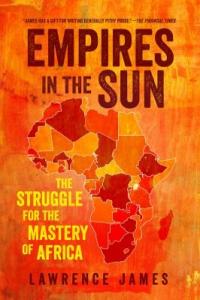