Dawn of the Planet of the Apes

DVD - 2014 DVD Science-Fiction Dawn None on shelf No requests on this item Community Rating: 4.1 out of 5 A little too much CGI submitted by shumoon on May 16, 2016, 8:38am Not the best of the Planet of the Apes franchise. The film did focus on the human condition (as all good sci-fi should), just not as well as previous "Apes" films.

Classic submitted by Cory Michael on July 26, 2016, 9:13am Another great movie that everyone should watch at least once. While I find these get better and better with graphics, you cant help but wonder if this will happen one day...

Thought provoking submitted by Duette on August 18, 2016, 11:15pm It was a great movie. The storyline was perfect. If you focus too much on the CGI you'll miss out on the real important part. Well carried out and a great demonstration of leadership 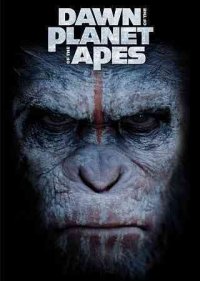