DVD - 2013 DVD TV Elementary Season 1 None on shelf No requests on this item Community Rating: 4.9 out of 5 Good series submitted by illy on August 31, 2016, 8:23am I have to say I went into watching Elementary with reservations, given that I'm a Sherlock Holmes fan, but it really drew me in.

Full of Twists and Turns submitted by swiderskis on June 29, 2017, 6:20pm I love all film adaptations of Sherlock Holmes and this is no exception. I did find my self comparing Elementary to Sherlock but found this one to be enjoyable as well. Jonny Lee Miller portrays Sherlock with a better understanding of human emotion than other depictions and despite his gifts still a very human and relatable character. Lucy Liu as Dr. Watson is sharp witted and shows that anyone can do what they set their mind to and learn the powers of deduction. Also, who doesn't love a strong independent female character?

An excellent series submitted by terpsichore17 on July 29, 2021, 1:24pm Like others, I had reservations about another Sherlock Holmes adaptation when I'd loved (the first two seasons of) BBC's Sherlock so much. I wasn't certain about Liu as Watson. I was unsure about this whole premise. But I trusted Jonny Lee Miller, and it turns out that I love Liu, Quinn, Hill, and the others on this show. 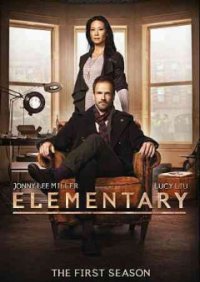