Blu-Ray - 2011 Blu-ray Science-Fiction Alien 2 On Shelf No requests on this item Community Rating: 4.5 out of 5 Sci Fi Classic submitted by SLDV on August 25, 2014, 5:13pm This movie had a great script and was not formulaic.

Favorite movie submitted by Team_ROX on July 23, 2018, 4:24pm I have a long history with this movie. Saw it when I was 6 (which I don’t recommend) and it gave me bad dreams for years. Over time, however, I grew to love it more and more. I started to appreciate the incredible cast, the visceral imagery, and especially the creature itself. The xenomorph is to this day my favorite movie monster, and I love nothing better than showing the movie to people who haven’t seen it. So long as they aren’t kids.

Classic Horror submitted by lstorc on August 30, 2018, 7:38pm This is one of the best, original horror movies of all time by Ridley Scott! Strong recommendation!

Solid Film submitted by Maria Maguire on July 8, 2020, 1:22am Finally got around to watching this movie and definitely enjoyed it. I was worried there would be too many jump scares for me, but it was more of a thriller. Totally recommend if you haven't seen it yet!

Original submitted by desuka81 on July 27, 2021, 12:28pm The original Alien always the greatest alien movie of all time

creepy movie submitted by dhrustar on July 22, 2022, 3:07pm really scary, made the mistake of showing my kid it

strong recommendation submitted by sandri on July 25, 2022, 2:21pm one of my favorite movies 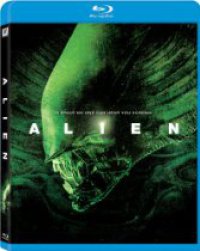