Beautiful Film submitted by Beth Manuel on July 18, 2016, 2:18pm The scenery in this film is lush and beautiful, as are the costumes. Eddie Redmayne's performance knocks it out of the ball park. I found this so interesting, especially the idea of gender transitioning in a time when it must have been unheard of. Alicia Vikander had a stellar performance as well.

Emotional submitted by Carbon14 on January 3, 2017, 11:10am The movie as a movie, is wonderful! It takes the cake as my favorite emotional movie that kept me glued to the story and experienced beautiful tears of happiness to a mess of pouring snot. The visuals are breathtaking from the costumes to scenery and the actors did an extraordinary job representing the mental highs and lows that the characters went through. I recommend this movie to anyone looking for a down to earth and engaging story. In fact, pick up the book the movie was based on by the same name, "The Danish Girl", if you're one to prefer reading the book first.
I would like to point out that the movie and book are fictional and inspired by the lives of Lili Elbe and Gerda Wegener.
Check out "Lili: A Portrait of the First Sex Change (Man into Woman)" for a look into the life of Lili and Gerda.


Moving Film submitted by Meginator on August 23, 2017, 10:35am The Danish girl is a very moving and important mainstream depiction of a transgender woman, and while Eddie Redmayne gives an excellent performance it is disappointing that he is a cisgender man playing a transgender character. That aside, the film is very well done and allows the audience to connect deeply with the characters and their internal struggles; the script is good and the acting is extraordinary. Hopefully, this film will lead the way to greater mainstream representation of people with different gender identities.

Great movie! submitted by Xris on July 6, 2018, 6:20pm I like learning about transpeople back in history, so this was great to see.

Evocative submitted by lstorc on August 27, 2018, 5:50pm This was an emotional and insightful movie. It portrayed the intricate details of trans history.

c submitted by kscapellie on July 11, 2020, 4:24pm was emotional and beautiful scenery

Intrigues but Doesn't Have the Emotional Power Necessitated submitted by sVfGI7Glt2pz7GZgVB90 on August 23, 2020, 9:43am A young couple of painters lives in Copenhagen in the early 20th century. Eddie Redmayne's character is a bit of success, and his wife isn't. However, she paints him one day ... she asks him to stand in as a female model, and he has to put on some hosiery and some women's shoes. Abruptly this character has reactions that lead to a process of starting to dress as a woman. He sets out on a journey that will eventually lead to undergoing the first gender confirmation surgery. This movie didn't just quite bind the emotional punch the story deserves 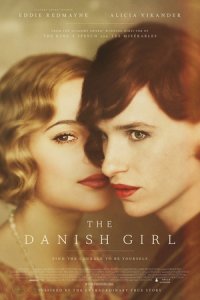 LANGUAGE OPTIONS
In English or dubbed French, with optional subtitles in English, Spanish or French.