Meh submitted by gina.rahl on July 14, 2016, 5:34pm I'm not sure why this was considered good. Maybe it was suspenseful when it first came out? I can't even handle it. It's so bad!

Awesome! submitted by donnettej on November 29, 2016, 11:02pm This movie is proof that Stanley Kubrick is the Genius Pioneer of special effects. He was, and still is way ahead of his time!

The wife and I watched this. submitted by tbbrown76 on July 28, 2018, 4:05pm After decades of hype we were disappointed. The special effects weren't special. The acting was mediocre. The plot was thin. But, when I heard "Hal, open the pod door." Well it was just classic!
Tom

A classic! submitted by jessNU on July 28, 2018, 9:55pm A classic - the special effects are the same as today, but were pretty amazing at the time

Stunning work submitted by timdufresne on August 2, 2018, 4:50pm The thought and detail that goes into this film shows in every haunting frame. Plus one of the best and most haunting villains of all cinema history!

Classic submitted by lstorc on August 31, 2018, 5:56pm One of the first and best attempts at capturing the surreal sci fi experience of idealic space travel in a speculative sense.

Classic (Clunker) submitted by purchasingqueen on August 13, 2019, 10:05pm I just don't get the fanaticism around this film. Obviously dated, really bad acting (and writing). Special effects are lame (although, given the release date, maybe they were good back then). I'm still not a fan. 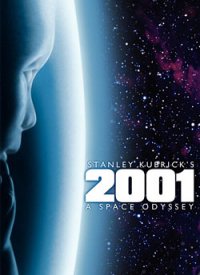