excellent! submitted by lekendrick on December 5, 2010, 5:11pm Hugh is naked a disturbing amount of time it's only one so dripping masculinity not be stated? Simply nude or lacking cloth, but a wonderful tale of the bone clawed Logan growing to be one who'd best forget! It's a Jackman vehicle an that's a lot for a franchise, but goes over great! Very well done on a scale so large violence not be believed! It's action @ finest!

I liked it submitted by crazypockets on July 13, 2013, 2:15pm Some people didn't like this X-Men movie, but I thought it was fun. I'm not a die-hard X-Men fan though, so I'm probably missing something. But I thought the action was really good, and I liked the origin story and the relationship between Logan and his brother. And it had Gambit, which was the best part because he's my favorite of the X-Men. He was perfect in this! Can't wait to see more of him.

Wolverine. submitted by Jen Chapin-Smith on August 12, 2013, 12:24pm The first of the X Men origin or prequel movies tells the story of everyone's favorite X Man, Wolverine, before he joined Xavier's band. The film begins in the 1880s in Alberta, Canada when Wolverine, then known as James Howlett, learns what makes him different. Over time, Hugh Jackman's character adopts the name Logan and his half-brother (who becomes known as Badger) fight in numerous wars, including the American Civil War and Vietnam. In one scene, a US military recruiter tries to get Wolverine to join the latest military campaign my stating "your country needs you!" Wolverine replies, "I'm Canadian."
The story also shows how Wolverine obtained his name, lost his memory and gained steel claws.
The movie is well worth watching, although the ending still leaves many questions about Wolverine's past.


Not the Best There is submitted by dvolpe on August 24, 2014, 2:12pm I found this one kind of boring. I prefer Hugh's performance in the original X-men movie to this and if you're looking for a Wolverine solo movie, I would recommend 2014's The Wolverine, instead.

One of my Favorites! submitted by orcomai on June 14, 2015, 9:55am I was delighted by this installment in the X-Men franchise! This is one movie where one finds themselves truly despising the antagonist. Also I enjoyed that the Wolverine lived in Canada.

Another wolverine submitted by toschag on August 4, 2016, 7:06am This isn't the best one, but still pretty entertaining.

Fun if you like wolverine submitted by tcrbondy on June 16, 2018, 7:08pm If you're a wolverine fan, specificall Jackman's portrayal, it's fun to see him, but other than that, not the best movie of his. ANd deadpool is a shame in this

X-Men Origins. Wolverine submitted by lstorc on August 6, 2018, 3:02am More violence than plot 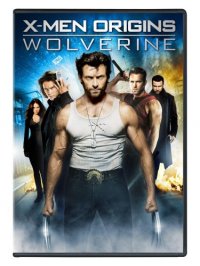