DVD.
Widescreen.
Troy Baker, Eric Bauza, Greg Cipes, John DiMaggio, Will Freidle.
Batman faces his greatest challenge yet: vacation! The caped crusader reluctantly agrees to let Batgirl and Nightwing take him on a long overdue vacation from crimefighting, while Superman and the Justice League watch over Gotham City. Neither operation goes as planned when Batman's vacation is cut short by dangers from his past and invaders from the center of the earth, and Superman and the other Leaguers quickly realize just how much Batman usually has his hands full.

I loved it so much submitted by Annarborkaren on June 29, 2017, 2:27pm It was so great because I got to see who Deathstroke was. And I got to see little Robin. And I was impressed that Batman made all the Trogalogs dance. 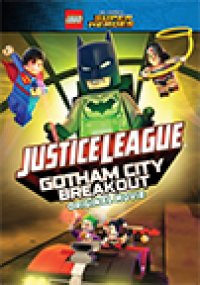