DVD - 2016 DVD Comedy Ghostbusters 3 On Shelf No requests on this item Community Rating: 3.8 out of 5 A Worthy Update submitted by Meginator on June 28, 2017, 8:51pm This is a hilarious movie with an outstanding cast and a ton of heart, and I believe that it is a worthy follow-up to its cult classic predecessor(s). The story is sharp, the leading ladies form a convincing ensemble, and the whole production is a lot of fun. It's not fair to the film or the cast and crew to expect this to be a shot-for-shot homage to the earlier films, and I appreciated the modern spin on the same basic story; even better, I think it stands alone, and you don't need to see the previous movies to enjoy this one. What's not to like?

In answer to the question, below, submitted by GJBarnett2 on July 10, 2017, 9:52am "what's not to like?" the answer is just about everything. Re-makes rarely compare well to the original and this is no exception. The CGI is vastly improved over the technology of 1984 but otherwise this is noteworthy primarily for the gimmick of the all-female lead ensemble so if that's your thing, go for it. Otherwise, watch the original or, better yer, read a book. Any book.

Better than the original submitted by gardenfaerie on August 6, 2017, 8:13pm I'm going to have to disagree with the latest review. While, no, this isn't great art or cinema fantastique, it's a fun movie and I enjoyed it a lot more than the original. Maybe because I love Melissa McCarthy and just am not a Bill Murray fan. It was ell worth the library price of free. :)

Fun submitted by anacoluthon on August 18, 2018, 2:40am I really enjoyed this! I like all the actors and thought they played off each other well.

Ghostbusters 2016 dvd submitted by a2sue on July 20, 2019, 11:51pm It was refreshing to see some female ghostbusters in the dvd of Ghostbusters 2016, but the film certainly didn't live up to the first two films.

disappointing submitted by yufamily on August 12, 2019, 4:03pm The original was much better!

ghostbusters submitted by crp on August 17, 2019, 12:26am hilarious- loved this refreshing take

Girl Power! submitted by purchasingqueen on August 31, 2019, 10:32pm This time around, the GIRLS are 'large and in charge! A good chunk of the cast are former SNL alums, including Kate McKinnon. Add Melissa McCarthy, and there are laughs galore. Not the original, but not intended to be. Funny, lite film.

A proper entertaining reboot of the original submitted by sVfGI7Glt2pz7GZgVB90 on August 15, 2020, 11:01pm Given the job of rebooting the original Ghostbusters movie, the director has done something very clever---he's taken the bare bones. He comes up with something new, original, and fresh.

The cast is very good and very funny. it's scary at times as well it gives you those jump out the seat moments that you want.

Kate McKinnon is most irritating and overdoes humor. 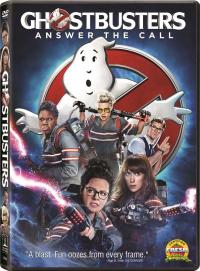