Based on the novel "The killer angels" by Michael Shaara.
Originally produced as a motion picture for television in 1993.
For special features see interactive menu.
Tom Berenger, Jeff Daniels, Martin Sheen.
Civil War drama depicting the events and personal struggles of the Union and Confederate soldiers at the Battle of Gettysburg.
DVD ; Widescreen.
Contents: Killer angels.

This film is epic submitted by alexmichaelp on July 6, 2019, 7:16pm After watching this film, I visited Gettysburg to walk lands fought in by great warriors. 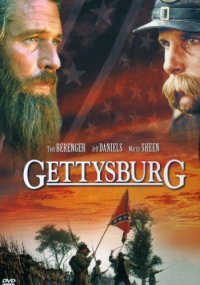