great! submitted by manz on March 9, 2017, 1:17pm Wonderful acting! I was mesmerized by the performances of each of the males who portrayed Chiron through the ages.

wonderful submitted by oliviabee on June 19, 2017, 12:31pm This is an exceptional film. The cinematography was spectacular and the story leaves you wanting more. Very emotional and moving.

Well done submitted by mmckenzie on June 25, 2017, 1:57pm Intense. I think the title should not have been shortened from the book. wished the movie had the same title "In moonlight black boys look blue".

Beautiful! submitted by Xris on July 31, 2017, 11:19pm The story drew me in and had me riveted the whole time. I cared about the characters.

Poignant submitted by S S on August 31, 2017, 10:15pm A beautiful coming-of-age story that is so subtly done that it can't help but move you.

Moonlight submitted by ccrose on August 14, 2019, 3:55pm I can see how easily this story could have gone off the tracks, feeding the audience the stereotypes that many people imagine if they have never known someone who is something different than heterosexual. It was beautiful and believable. The camera shots amazed me, visually showing us the character’s confusion.

One of the Most Extraordinary Films I've Seen in a Long Time submitted by sVfGI7Glt2pz7GZgVB90 on August 24, 2020, 1:28pm A beautifully told coming-of-age tale about a boy growing up young and black on a crack-addled estates in Miami in the 1980s. Just an unforgettable experience

Outstanding submitted by jzainea on August 8, 2021, 10:13am Delicate work by Barry Jenkins 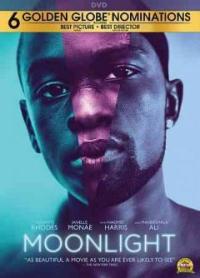