THE BEST!!! submitted by adipirro on July 8, 2011, 6:47pm This is the best version of Emma I have ever seen!... And I've seen most of them. Runner up the one starring Gwyneth Paltrow.

Drama, Comedy, and Romance submitted by Enzy on August 12, 2011, 7:14pm The main character Emma has always struck me as being very annoying and immature. Her air of entitlement drives me a little crazy, and while she often helps those less fortunate than herself, I feel as though her charitable acts are more about her than they are about others. I believe that Emma sees her charity as an obligation that she can check off her to-do list and feel good about herself.

Whew! Now that I got that out of my system I can move on and begin raving about the actual movie and its actors. This film has everything including drama, romance, and comedy. I do love how the movie highlights Emma's faults enough to give you an accurate picture of her character but still manages to get you to root for her. She is by no means a perfect heroine, but she is young and she does mature in the end. I am absolutely in love with the cast. Romola Garai is phenomenal as the childlike Emma. I am convinced that she is the main reason that I was able to stand the selfish character. Jonny Lee Miller is perfect as the sensible and kind Mr. Knightly, and Michael Gambon as always, is Michael Gambon.

Overall this film is a very good adaptation of the novel and it is a perfect candidate for a rainy Saturday movie marathon (it is four episodes that equal 3 hours and 49 minutes all together). So, make some popcorn and enjoy!

Elementary submitted by ssmyth on June 21, 2013, 10:18am I loved this when it came out and I loved watching it again. This version of Emma makes her much less manipulating and more likeable. I just love her Dad too! I'm watching it again this time to see Johnny Lee Miller - Mr Knightly! I just love him in the series Elementary and Mr Knightly is such a different character! Makes me appreciate his acting even more.

Masterpiece Theater submitted by kathscot on July 24, 2014, 4:11pm A literary masterpiece done in a masterful way. The bonus features help you see what attention to detail was involved in filming.
With 4 episodes they took the time to tell the story well.

The best submitted by terpsichore17 on July 25, 2018, 10:58am The cast and pacing are just spot-on. Emma is easy to poke fun at, but this rendition shows her necessary growth.

Superb submitted by lstorc on August 28, 2018, 1:41am This provides a full character development that isn't necessarily found in the novel. Additionally, the costumes in acting are superb.

Wonderful Adaptation submitted by caburr47 on July 26, 2019, 8:50pm This has been the Jane Austen story that I have always enjoyed the least.
I found Emma intrusive and never really felt the attention she received was deserved.
Romola Garai is pitch perfect. This mini-series allowed you time to get into the characters where 2 hour film versions have not. I highly recommend it.

Beat Emma adaptation on film! BBC knows what they are doing submitted by tkuz5 on June 22, 2021, 8:12pm Really enjoyed this version of Emma, much better than the Gweneth Paltrow version. You connect with Emma and the other characters more. 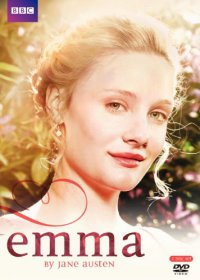