A Classic submitted by Sonia on July 3, 2011, 8:51pm This is the classic mob movie that everyone should see at least once in their lifetime.

Worth seeing submitted by Cherrytreelane on July 5, 2017, 10:52pm ...will understand references, definitely a classic.

Classic submitted by SadieRose on August 31, 2019, 8:38pm This is an epic that I can watch multiple times. The family dynamics are intense. 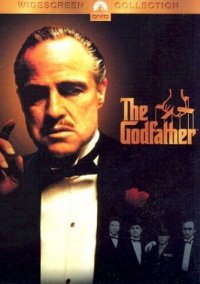