A DVD release of the 1972 motion picture.
Jon Finch, Alec McCowen, Barry Foster, Billie Whitelaw, Anna Massey, Barbara Leigh-Hunt, Bernard Cribbins, Vivien Merchant.
In modern-day London, a sex criminal known as the Necktie Murderer has the police on alert; and in typical Hitchcock fashion, their trail is leading to an innocent man who must now elude the law and prove his innocence by finding the real murderer.
DVD; widescreen. 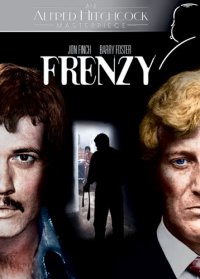