I almost got it. submitted by CasualTim on July 26, 2010, 10:58am After speaking with a fan of this film, I'm willing to concede that it has the potential to more effectively bestow heebie-jeebies upon its viewer if said viewer does not have prior knowledge of the story (thanks to the beautiful and always-talented Nicolas Cage).

Unfortunately, I had already been Caged by the time I saw this original version. Any foreignness and surrealism passed right through me. I was watching a softer-focused, nudity-heightened version of something I already knew about.

Disturbing submitted by willow on August 12, 2016, 9:59pm For some reason I saw this as a young teenager and it kind of traumatized me. Very disturbing and weird.

Wicker man submitted by boocathy621 on July 26, 2018, 8:26pm Scary film. The wicked man was a torture punishment used in war by the celts. 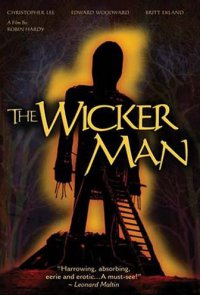