Based on the novel by James M. Cain.
Originally broadcast on HBO as a 5 part mini-series in 2011.
Release date: Jan. 3, 2012.
Special features include: Audio commentary ; Making of featurette ; Inside the episodes featurette.
Kate Winslet, Guy Pearce, James Legros, Melissa Leo, Evan Rachel Wood.
This five-part drama is an intimate portrait of a uniquely independent woman who finds herself newly divorced during the Depression years, as she struggles to carve out a new life for herself and her family. The story explores Mildred's unreasonable devotion to her insatiable daughter Veda, as well as the complex relationship she shares with the indolent men in her life, including her polo-playing lover Monty Beragon and ex-husband Bert Pierce.
DVD, widescreen.
Contents: Mildred Pierce. 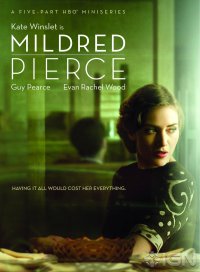 LANGUAGE OPTIONS
Subtitled for the deaf and hard of hearing.