Great submitted by karenkay on July 22, 2017, 7:53pm This is an old favorite of mine. The first version of making Pride and Prejudice into a movie, it is very condensed but you get the idea. Greer Garson and Laurence Olivier make a great Lizzy and Darcy. 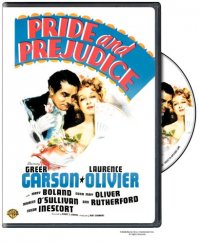