Production credits from subtitles.
Originally released as a motion picture in 1966.
Special feature: a rare interview with director Seijun Suzuki.
Watari Tetsuya, Matsubara Chieko, Nitani Hideaki, Kawaji Tamio, Yoshida Tsuyoshi, Kita Ryūji.
Reformed killer Tetsu wanders around Japan, awaiting his own execution, until he is called back to Tokyo to help battle a rival gang. This edition of the film includes an interview with the director.
DVD. 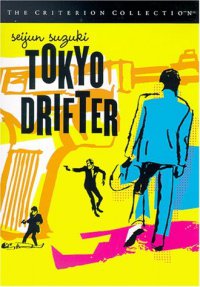