Joss Whedon dropped the ball. submitted by AMP35 on February 2, 2013, 4:27pm I hoped for a lot when I watched this movie, maybe my expectations were too high. Regardless I felt slighted at the end of this movie. Every plot point is put in there so that they can show off fancy visual effect. It felt more like a Transformers movie where everyone argues how they'll be the one to save the planet then they realize they need each other and start to work together. I can tell you as a huge fan of action movies as well as comic books that this movie that this movie perpetuates why the comic book genre of movies is not as respected. Marvel had some great things going with Iron Man but has dropped the ball on subsequent movies since. I know a lot of people will enjoy this movie and they should because it is a fun movie. However to me it was like eating the frosting without the cake. There just wasn't any substance to it.

Marvel-ous? submitted by markwells on February 9, 2013, 9:47pm Much havoc ensues as The Avengers protect our planet. The story and humor in this movie are just strong enough to offset the excessive smashing and bashing and busting of glass. Grade: B+

Green Monster (hero) submitted by willyloh on April 27, 2013, 11:56am I didn't like the beginning but as the story unfolded bit by bit, I starting to enjoy.
Greatest surprise, I was wondering where is the green monster, how did he fit into the team,
and how did he get invited and then, he just all of a sudden 'transformed'.


Exceeds Expectations submitted by dimuziom on June 14, 2013, 4:28pm I couldn't agree less with AMP35. This movie was spectacular. With most of the Avengers (and the villain) already familiar to us from their various intro films we get to jump right into the action. The non-action-scene interactions between the Avengers are classic Joss Whedon banter writ large. There is plenty of bombast, action, and whatnot, but the characters also feel genuine and identifiable. There hasn't been a super-hero movie this good since the first Toby McGuire Spider Man. If you like Marvel, or comics, or fun of any kind, you must not miss this movie.

Joss Whedon is a Genius submitted by crazypockets on June 16, 2013, 3:05pm I may be biased as a huge Joss fan, but I thought he did a great job with this movie. I'm not a big comic books person, so I'm sure there are people who will see things I didn't and think plot points were missed, but I had a lot of fun with this one. There was a lot of trademark Joss humor, and the special effects were terrific.
This is a fun comic book Marvel franchise extraveganza.

Awesome submitted by arjlib234 on July 6, 2013, 10:16am Joss Whedon really did a great job of directing this film, and the superheroes were superb! Great action, too!

Great submitted by chioma on July 9, 2014, 1:57pm I think that this movie was absolutely ecxelent, it is so great

Good Enough submitted by AprilCDB on June 19, 2015, 1:27pm Found the movie enjoyable enough. Didn’t think it was a great movie, but was good enough for something to watch.

Very Good submitted by finbarthebeast on July 9, 2016, 10:31am I am just starting to watch superhero movies, but by my standards, it was a great movie. There was a great deal of action. The storyline was a bit blurry but it was an overall great movie. It's definitely worth watching. I would give it an A.

Marvel submitted by tshish on July 9, 2016, 8:27pm Good movie.
Whole family liked it,
Of course our teen daughter watched it for the actors. Lol

Smash submitted by KJRULEZ on July 25, 2016, 9:42pm If you like watching movies where superheroes smash buildings and aliens, then this is a good choice. It's not an Oscar-wining movie, but it's a great popcorn flick. If you go in looking for fun, you'll find it.

Great Superhero Flick submitted by Meginator on July 7, 2017, 9:47am This film is one of the primary reasons that our standards for superhero films are currently so high. Joss Whedon knocks it out of the park with "The Avengers", somehow managing to believably connect a group of characters (and actors) who each have their own extensive backstories and, usually, their own successful cinematic franchises. This is no mean feat, and that it's at all plausible is a testament to Whedon and to the other filmmakers who conceived and executed this project. The plot and action are solid, if a little convoluted at times, and overall the film is the kind of fun romp you want from a popcorn superhero movie, with just a hint of something more beneath the surface.


Eh submitted by KOH on August 28, 2017, 7:23pm I know many will disagree with me, but I thought this was mediocre. SO MUCH of the movie was just tracking down each superhero. It felt like it took forever for any actual plot to happen.

The Avengers submitted by SBNB on June 15, 2018, 3:32pm I enjoyed this one. It was entertaining and occasionally funny. I recommend watching it before the second Thor since some characters are in both.

Where it all culminated submitted by tcrbondy on June 16, 2018, 6:49pm The Avengers took movie making to a new level in bringing all of the characters together from other movies. A fantastic start to a series that has only gotten better

Great End to the First Chapter submitted by kaymbre on June 19, 2018, 11:44pm After seeing Infinity War, I decided to go back and rewatch the Marvel movies in order. Iron Man 1 and 2, Incredible Hulk, Thor, Captain America: The First Avenger -- good movies in and of themselves -- do an amazing job teeing up the action in this movie. Joss Whedon did an admirable job bringing everything together. Was it a perfect movie? No. But it's still one I enjoy going back to time and again.

Good submitted by anacoluthon on August 18, 2018, 12:45pm I loved this movie when it first came out! It sparked my interest in Marvel comics. I've rewatched it so many times.

Still a good time. submitted by terpsichore17 on August 31, 2018, 12:00am I get frustrated by how much time the Avengers spend fighting among themselves, but this movie remains one that can be watched and rewatched and re-rewatched.

avengers submitted by Zaneeba on June 15, 2019, 3:27pm this movie was great i also agree that it is frustrating how much the avengers fight among themselfs but also all the action made up for the pointless fighting between them. In my oppinion this is one of the best films ever created

Avengers submitted by DL on July 17, 2019, 2:03pm Enjoy this film and how the Avengers got together, not saying they all like each other. 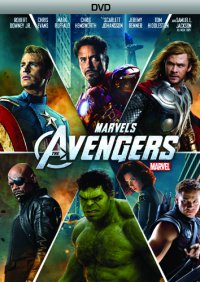