Fresh submitted by Sonia on June 28, 2011, 4:55pm The addition of new characters keeps things interesting. Also Wolverine finds out more about his origins. Its set up a bit differently from the first one which keeps you on your toes.

Best of the Trilogy submitted by AMP35 on August 28, 2011, 2:42pm This X-Men is one of the better Marvel Comics movies out there. It's filled with plenty of action and a great cast. Easily the best of the three X-Men movies.

New characters submitted by crazypockets on July 13, 2013, 2:17pm I think the best part of this was getting to see the new characters with new abilities. Other than that, it was a nice part of the trilogy. 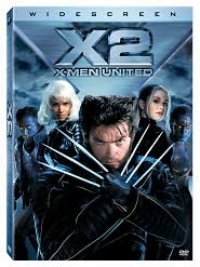