Musical based on the life of Alexander Hamilton.
Composed by Lin-Manuel Miranda.
Lyrics and full credits on container inserts.
Inspired by the book Alexander Hamilton by Ron Chernow.
Disc 1, Act I. Alexander Hamilton -- Aaron Burr, sir -- My shot -- The story of tonight -- The Schuyler sisters -- Farmer refuted -- You'll be back -- Right hand man -- A winter's ball -- Helpless -- Satisfied -- The story of tonight (reprise) -- Wait for it -- Stay alive -- Ten duel commandments -- Meet me inside -- That would be enough -- Guns and ships -- History has its eyes on you -- Yorktown (The world turned upside down) -- What comes next? -- Dear Theodosia -- Non-stop --
Disc 2, Act II. What'd I miss -- Cabinet battle #1 -- Take a break -- Say no to this -- The room where it happens -- Schuyler defeated -- Cabinet battle #2 -- Washington on your side -- One last time -- I know him -- The Adams administration -- We know -- Hurricane -- The Reynolds pamphlet -- Burn -- Blow us all away -- Stay alive (reprise) -- It's quiet uptown -- Election of 1800 -- Your obedient servant -- Best of wives and best of women -- The world was wide enough -- Who lives, who dies, who tells your story.
Daveed Diggs, Renée Elise Goldsberry, Lin-Manuel Miranda, Jonathan Groff, Christopher Jackson, Jasmine Cephas Jones, Javier Muñoz, Leslie Odom, Jr., Okieriete Onaodowan, Anthony Ramos, Phillipa Soo and others ; with accompanying musicians.
Musical based on the life of Alexander Hamilton.
Contents: Alexander Hamilton.

Amazing! submitted by Gabriela Valderrama on June 17, 2016, 11:35am Even though the idea of a hip-hop musical telling the story of Alexander Hamilton may sound ridiculous, Lin-Manuel Miranda is a musical genius and perfectly captured the historical as well as the emotional aspects of Hamilton's life. You unconsciously learn something new every time you listen to the songs on the album and even if it is impossible for you to see the show, it is easy to imagine the show through the songs. Miranda wove beautiful melodies with heart-wrenching and relatable lyrics to ensure that the audience not only learns something, but is drawn into the remarkably interesting of Alexander Hamilton.

An important piece of pop culture and history submitted by smerlewine on June 30, 2016, 12:30pm This is a sublimely listenable audio recording of the entire show (minus two small sequences that were not recorded). Lin-Manuel Miranda deserves credit for making a work that is both authentically a musical and authentically hip-hop in turns. It makes history exciting and sexy again, and that's an amazing accomplishment for a stage show.

Great Music and Educational to Boot! submitted by Beth Manuel on July 8, 2016, 1:03pm I was glad to get the chance to hear this in its entirety during a long road trip. The music, the story and Lin-Manuel Miranda's talent in making this tome come alive was powerful. A pleasant surprise to my companion who wasn't so thrilled about hearing Hamilton to begin with. I heard through the music what all the hub-bub is about.

At the risk of being burned at the stake submitted by GJBarnett2 on July 20, 2016, 1:03am I have to say that despite the virtually unanimous chorus of praise and all the Tony nominations and awards, I just didn't like this. I grew up in New York and as a kid was taken to see many of the classic Broadway musicals. Since then, I have performed in musical theater and opera around Ann Arbor for 3 decades but the fact remains that I prefer music with a melody and while I acknowledge that Hip Hop is a genuine art form, to me it just ain't music. As for the story line, I'm in favor of anything that creates interest in the story of the founding of this Nation and, dare I use the term, the Founding Fathers, despite the obvious departure from historical reality. But the music? Just not for me. Try "1776" instead. Better music and better history.

The first submitted by bmarble on June 24, 2018, 11:40am This was the first musical I have ever listened to and now I am addicted. Even if you don't typically like musicals, give this one a shot ;) it was well written and has many references to other amazing musicals as well as many lyrical callbacks to earlier parts of the show. Don't ever shuffle it though! You will go from laughing to crying in 0.5 seconds flat

Stunning submitted by timdufresne on July 10, 2018, 1:22pm Lin Manuel Miranda has conceived of a stunning blend of genres. That, at it's heart, is the essence of hip-hip, a desire to transform, remix, and recreate the music of the past to send a complex multi-layered comment on the present. Just as you can tell a story of founding of the United States through this musical, so to can diligent listeners see the history of hip-hop and American musical theater writ in its notes, and lines, beats and melodies. While it would take a Miranda-esque virtuosity to unpack all the references layered in this compelling piece of art, there's definitely something exciting hidden in here for anyone willing to look.

Not Throwing Away His Shot submitted by Meginator on August 5, 2018, 8:20pm I doubt I can add much to the conversation about this musical, but what struck me upon listening to it again is the consistent cleverness of Lin-Manuel Miranda's wordplay. Characters' voices can feel stylistically identical, and some of the syllables are crammed too closely together for comfort, but the sheer inventiveness of what Miranda is able to do with language makes up for these flaws, opening doors for future innovation in musical theater. Many of the more traditional numbers are instantly quotable and instantly memorable, and the narrative works without the benefit of the show's full dialogue (which is good given how difficult it is to get tickets to the touring productions). Hamilton is a strange production but all the more productive and compelling for the ways in which it breaks the mold and pushes relentlessly forward.

Amazing submitted by kittenkat101 on August 11, 2019, 10:59am This is one of the best musicals! Varied in style, from hip-hop to ballads. I can listen to this nonstop!

Gets in your head! submitted by jmb.mlis on August 11, 2019, 7:17pm Compulsively singable, this soundtrack will have you humming it's songs all day long.

Catchy submitted by Jenningu on August 18, 2019, 4:34pm It's definitely catchy and singable. The concept seems silly, as one commenter stated, and I have to agree. A retelling of the history of Alexander Hamilton and the Revolutionary War told through hip hop is probably the last thing I would have thought of, but the entire production is a joy to listen to. There's plenty of variation in the voices and style between each song that I never get bored of listening to this over and over again.

Hamilton : Original Broadway Cast Recording submitted by Varshini on August 30, 2019, 9:22pm A lot of the songs from Hamilton are great. It was an enjoyable experience to listen to this CD.

What more can I add submitted by pepemama on June 19, 2020, 2:01pm I have been fortunate to see this musical three times, and listen to this soundtrack three times a week. I am a musical lover, and this is the top. Not near the top, THE top.

Absolutely amazing submitted by eliadler on July 16, 2020, 10:51am This is by far one of the best musicals to ever be on broadway. It has introduced musical theater to so many people and is such an amazing show.

Sticks in your head submitted by JennJenn on August 5, 2020, 8:43am This album has so many good songs, you'll find them sticking in your head!

Fascinating submitted by Jen Chapin-Smith on August 13, 2020, 3:24pm "Hamilton" brings a fresh perspective to one of the founders of the United States who is often overlooked because "Next to Washington, they all look small," as the musical's King George III says. Despite a few historical inaccuracies (the real Alexander Hamilton never punched a college bursar, for example), the musical provides a great lesson on history. "Hamilton" combines some of the more traditional style of Broadway musical scores with hip hop and rap. The characters often rap, rather than sing, their lines, which nonetheless rhyme.
The female characters are fairly shallow and mostly just exist to fall in love with Hamilton. Perhaps to make up for this composer Lin-Manuel Miranda gives those characters the most complex and interesting musical scores. While the musical mentions slavery and abolition, the show does not really deal with the topic in substance. The show portrays Hamilton as an abolitionist. In reality, he helped his in-laws buy and sell human beings. Besides being a member of the New-York Manumission Society (whose mission was to gradually abolish slavery), the real Hamilton did little for the cause.
Nonetheless, I love this show and can't get its songs out of my head!

Hamilton submitted by SBNB on July 15, 2022, 12:29pm Wildly popular but better if you've seen the movie/musical. Good songs but some explicit lyrics.

Amazing Songs submitted by dlee12 on July 19, 2022, 9:31am Great songs, watch the movie and then enjoy singing the songs over and over! 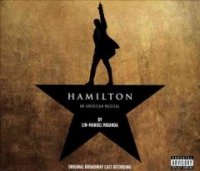