Commercial and artistic success? It's in the ears of the listener submitted by shermdock on August 17, 2016, 2:49pm How can music change us? It's as much about us as it is the music. While this album, depending on what Frank Ocean does, will probably win a slew of Grammy's in the year ahead, it doesn't scream "hit pop song," in the way Tay-tay's 1989 did. Although that didn't perfectly, either. So it's a solid concept album? So what?

One interesting aspect Lemonade is the creative sources from which it aggregates. Father John Misty wrote part of Hold up...Ezra Konig threw down the main beat (as I understand). There are more than 100 collaborators, but how much of it is Bey's vision? It begs many musical questions about sampling and what makes art art. But at the end of the day it is a tremendous statement about feminism, fidelity, forgiveness, and sexual power.

Off to Red Lobster...

High Concept, Big Payoff submitted by Meginator on July 15, 2017, 7:56pm This review covers the visual album, which is included as a DVD alongside the CD.

Beyoncé can do everything, it seems; on this album, she does. Dense with visual, lyrical, and musical metaphors, "Lemonade" is enjoyable on many levels; the meaning(s) may run deep, but it's easy enough to appreciate Beyoncé's artistry on a first, cursory listen/viewing as well. The songs incorporate a wide variety of musical styles, from R&B and rap to New Orleans jazz and even a hint of country and blues, but the album nonetheless has a cohesive identity (perhaps because of the poetic interludes). It's easy to see how "Lemonade" became an instant classic, and it should remain a classic, groundbreaking album for a very long time.


Great visual album submitted by kryks on August 18, 2018, 12:24pm Beyonce proves that she can sing any genre of music and succeed at it

Interesting submitted by crp on August 10, 2019, 3:47pm Different side to Bey- worth a listen/watch 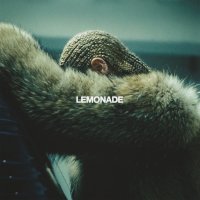