Based on the novel by Jane Austen.
"As seen on public television."
Felicity Jones, J.J. Feild, Carey Mulligan, William Beck.
"In Jane Austen's gentle parody of gothic fiction, romance novel addict Catherine Morland is invited to a medieval country house that appeals to her most lurid fantasies. She forms a close friendship with the younger son on the estate, Henry Tilney, but their budding romance is mysteriously cut short"--Container.
DVD, NTSC, Region 1, 16:9 anamorphic widescreen, Dolby digital.
Contents: Northanger Abbey.

Northanger Abbey submitted by SBNB on July 28, 2014, 9:41pm I was mildly disappointed with this movie.

Reflects the spirit of the book submitted by Diananana on June 17, 2022, 10:47pm I adore this adaptation. It succeeds where others have failed. It captures Catherine's naïveté and obsession with gothic novels. It solidly brings out Austen's point that the mundane callousness of real people is just as evil as the fantastical cruelty in novels. J.J. Feild and Felicity Jones as Henry and Catherine are perfect in their roles, as is Sylvestra Le Touzel as Mrs. Allen. (Sylvestra Le Touzel played Fanny Price in the 1983 adaptation of Mansfield Park.) In the film, characters sometimes engage in behavior that is well beyond their most improper actions in the book. Perhaps this was done to increase the drama or because the subtleties of Regency manners are hard for modern viewers to understand. These are just details. As a whole, the film reflects the spirit of the book. I never appreciated the novel very much before seeing this film, and now I am very fond of it. 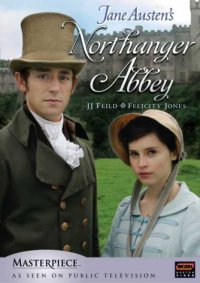