Singular submitted by jibkidder on June 15, 2022, 7:39am I can't quite place what's so special about the intersection of classical music and modern instruments but it sure is something! 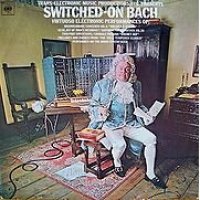